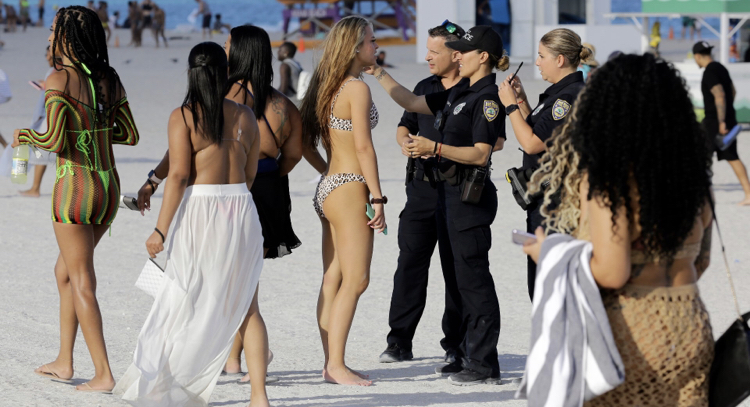 “Man, everything about that place is straight-up trash, with meth and STD’s everywhere”, said Chad Wheeley, a sophomore at Syracuse University. “And I can not wait to get down there for Spring Break!”

“Tampa is just so tacky and gross”, said Marcy Gnatter, a mother of three from Dayton, Ohio. “But we sure do love Busch Gardens!”

“I swear, the whole state is populated by nothing but idiots. ‘Florida Man!’, right? Running around with no masks like they just don’t give a fuck. They’re all gonna die and they deserve it for being so stupid and irresponsible”, said Robert Creamwell of Boston. “I’m heading down for a fishing trip and I’m not gonna wear a mask when I’m there because I don’t give a fuck either, but it’s different for me because I’m not stupid or irresponsible.”

“Jesus, seriously. I visited Clearwater a few years ago and it was a swampy, blighted hellhole, infested with old people, skanks and other assorted losers”, said Kathi Bongrip, an architect from Minneapolis who has yet to make travel plans so far this year. “I want to go back so bad!”

“The whole Tampa Bay area is a total wasteland but the whole state should just be cut off from the United States and set adrift”, said Glen Flinchwurst of St. Louis. “Once I get back from my golf vacay, that is!”

George Grouper, who owns a motel in Clearwater said, “These people don’t realize that some things are different down here now, but that’s fine. The main thing that hasn’t changed and has been in place since Florida has been a tourist destination is definitely still in effect: Say whatever you want but bring your money, bitches.”