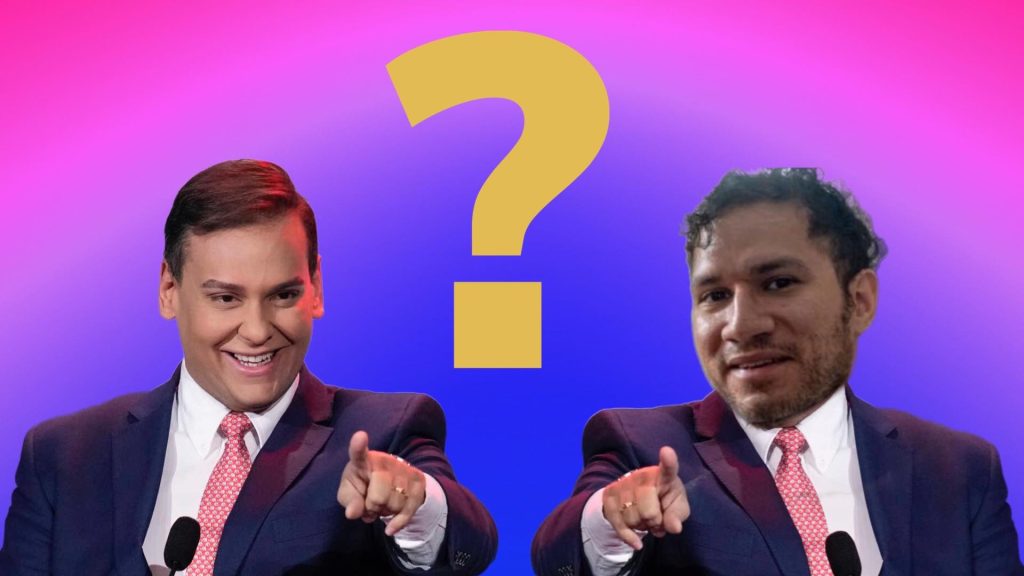 Sometimes you don’t have to go very far to find a scandal.

As more and more information comes out regarding Long Island (NY) Rep.-elect and admitted huge liar George Santos, it has also become apparent that there might be some sort of insidious connection between him and Tampa News Force co-founder Joshua Santos, based on absolutely nothing other than the fact that they have the same surname.

That is exactly enough to launch a thorough journalistic investigation. And in the interest of integrity and maintaining your trust in us here at Tampa News Force, we have to file this special report, even though it involves a founding member of our organization.

Plus, clicks. We would like to get lots and lots of clicks out of this. I mean, sure, integrity and trust. But clicks!

Are they related? Are they brothers? Are they best friends? Are they the same person? Are they all of the above? None of those scenarios can be dismissed outright without the slightest attempt at cursory research or at least critical thinking, so we recommend you read this article instead of doing those things.

Without hearing from him directly about this matter, we have no choice but to offer our own open-ended queries to you, The American Public who demands, deserves and expects simple, salacious-yet-easy-to-process answer-like responses.

In case you can’t tell, there is a whole lot of bullshit in this article, so let’s really get all up in it.

George Santos has claimed to be a gay, Jew-ish college graduate, all of which has proven to be iffy if not outright false.
Josh Santos claims to be Puerto Rican. Ummm, he’s from Milwaukee, so…

Although without any form of official condemnation from other elected Republican officials, it’s generally believed that they don’t really care much for George Santos.
After receiving years of favorable coverage here at Tampa News Force.com, US Senator (R, FL) Rick Scott loves Josh Santos.

It’s apparent that while lacking any kind of concrete resolution of any kind, there’s enough interesting tidbits of info-esque speculation to make this article worth reading, talking about later and irresponsibly sharing on various social media platforms.