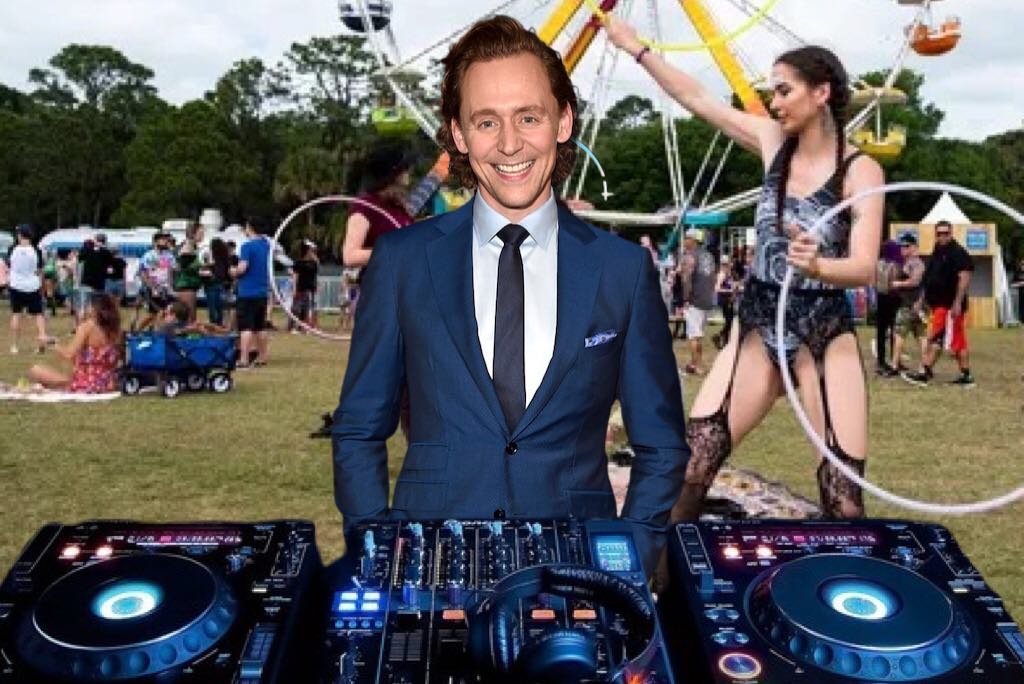 Tom Hiddleston, the famous actor popular for his role as Loki in the Marvel universe, has signed on to headline the upcoming Okechobee festival.

While it’s not clear exactly what his act will consist of, rumors are that he will be DJing.

The rumors began after Hiddleston uploaded a video of himself using turntables during a recent Instagram story while at a party at Megyn Kelly’s house.

“He didn’t tell us what he’s doing, but he asked for the position, so we thought it wouldn’t make sense for us to turn this down just on a promotional standpoint alone. I mean, it doesn’t matter what he does, people are going to show up in droves for this. He could go up there and play spoons for all I care, kids will be watching.” Said Stan, before loading up a trunk full of musical equipment into the hull of a large touring bus.

It’s not clear how much Hiddleston will be paid or what else he will be doing during his trip to the ever-growing festival, but people are very excited for the event.

“It doesn’t make any sense, but I’m pumped!” Said Edgar Poe, Hillsborough resident who has already bought his ticket.

“I just like that Loki show, so it would be cool to see him in person. I also liked him in Endgame.” Added Poe.

“I actually don’t think he was in Endgame.” I said.

“Oh. I think he was?” Said Poe unconfidently.

“It’s whatever, I’m just happy he’ll be there.” Poe said with a glaringly empty smile.

Tickets are currently selling for $98,218,989 on Resoldtickets.com and for $5 in person at the event. Doors open at 3 am and close at 6 am 3 weeks from the opening date. Capacity will be limited to 18 million people, although an expected 4 million more people are expected to enter illegally through border breaches.

“We are prepared to shoot to kill anyone on site who sneaks in illegally.” Said Stan from the back window of the tour bus as it drove away.

“And they won’t get a refund!” Shouted Stan as the bus tore through a four-war intersection red light.