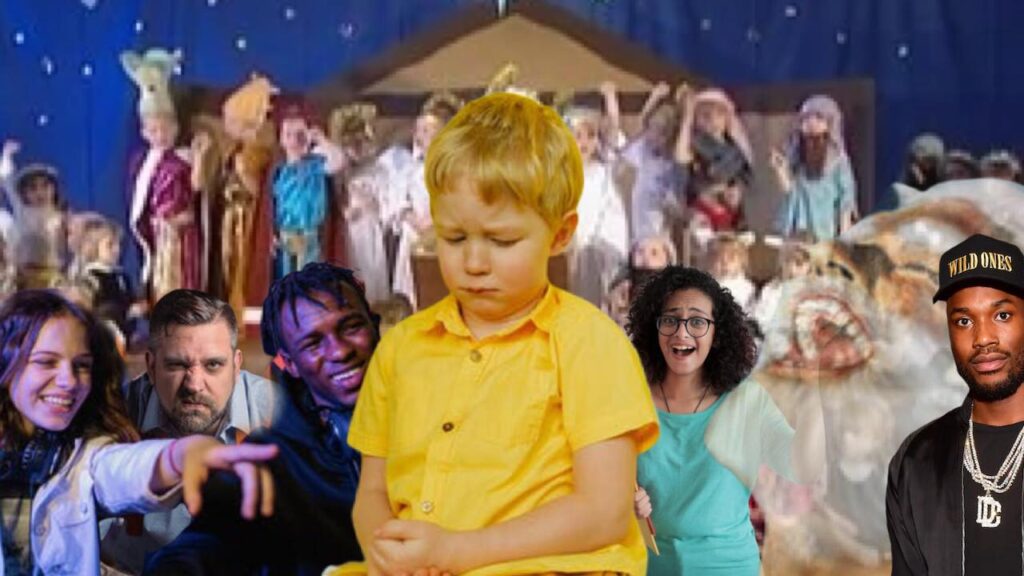 Wow, talk about an awkward silence. Last night 4th grader Tommy Boyle completely botched his lines for Parson Elementary’s Nativity Play, sending the Internet into a frenzy that is not coming down ANYTIME soon.  His homeroom teacher said that he was “trying his hardest,” but it was plainly evident that Tommy did not have the first idea what he was doing there and should just quit everything. His role as the sheep was simply to “Baaa” once the Savior was born, but he forgot to. The audience, composed mostly of family and friends, did not hold back on Twitter.

Suffice to say the play was ruined and it was all Tommy’s fault. Once he noticed that the play was effectively done, Boyle teared up and ran off the stage, but as he did, Tommy’s friends pulled out their phone to live stream it on instagram. Many critiques of Boyle’s performance bordered on hate speech, but one review from his 3-year sister stood out as the only positive one on all of Twitter.

Meek Mill took the opportunity to beef with little Tommy on the social media site.

The fallout from Boyle’s poor performance was visible in reviews from the school paper, The Parsonian. The play received ½ a star, with the writer citing “reckless casting choices” and “subpar bagel bites.” Tommy’s father could not be reached for comment on the bagel bites.