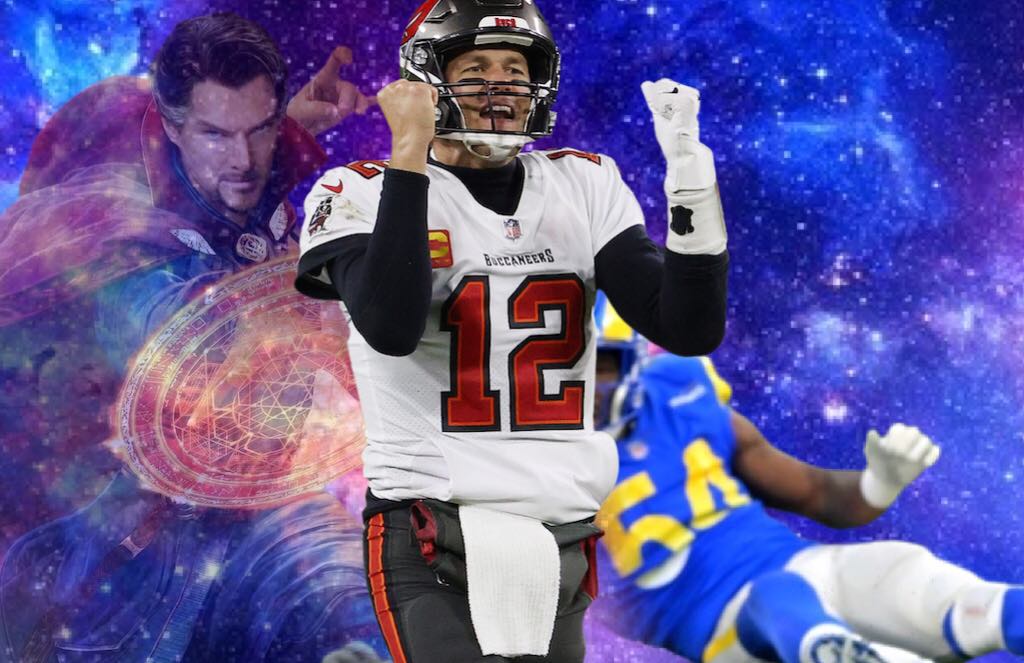 Tampa scientists have discovered an alternate quantum reality existing parallel to the world we know, and in that other universe, the Tampa Bay Buccaneers won their last playoff game.

“Yea, you know, we saw Spider Man, so in a no-way-home-style series of events, we figured out a way to travel through an alternate world where our football team won.” Said Frank Furter, a senior engineer at Brock Werst Sciences, with offices on Fletcher Ave.

“They say they put the truth in plain sight, and those Marvel movies turned out to be exactly correct.” Chimed in Furter’s understudy, Brett Midler, a low-level microbiologist who also works for Brock Werst Sciences.

“Doctor Strange, Eternals, Black Mask starring Jet Li. The truth is right in front of our eyes and we ignore it. What is wrong with us!” Hilariously pointed out Midler to his co worker, and whoever else was within earshot at the sex convention hallway we happened to meet each other.

We were all walking down the hallway at the annual Texaco Star Theater Sex Expo, and I overheard Furter mention the alternate universe thing, so I figured, this would be a perfect time to pull out my notepad and write a fake news story.

Anyways, the Bucs won, we kept going, we won again, everybody’s rent got cheaper, climate change subsided, animals started working with humans and doing their jobs for them so they could sleep as late as they wanted, everyone was in love with the exact right person, and there was no suffering for humanity for the rest of eternity.

But that’s not the one we got, we got the other one. But it’s fine because you know, “it’s just a game”, and life goes on and the point is we live to fight another day. Fighting is key. And if we want to live in a free country we need to overturn the election. And by “election” I mean the-

Sorry I had to walk away from this one for a while, I started thinking about something else and then I walked around the apartment for a little bit. Took a stroll around the cubicles, looking at everybody’s little set up. All the same but different.

Pins in walls holding up pictures and frames and little toys won with tickets at Game Time. Some drinks, cups, food, papers, pens, writing on various things. We’re all just cranking out different fake news article. It boggles my mind. Especially when I remember that the building is 80 stories and every floor is exactly like this. Never ending rows of fake news creators. It makes me a bit sick for a moment, an uneasy queasy feeling which shakes away quickly, allowing me to return to a stoic omniscience, floating through the hallways of servers. Bitcoin mining servers. Because as we know, Tampa News Force also doubles as a Bitcoin mining warehouse, and our computers are stacked on top of pallets of serves all doing “something” which I have no idea. They just blink and I hear a whirring noise.

Hey, it’s been 6 hours since that last sentence, I had to go google how to spell “whirring.”

Anywho, the key points are

. Life is perfect over there

. We don’t live over there, but that’s ok, we’re fine over here. And not just fine, but for many moments, we thoroughly enjoy it over here.