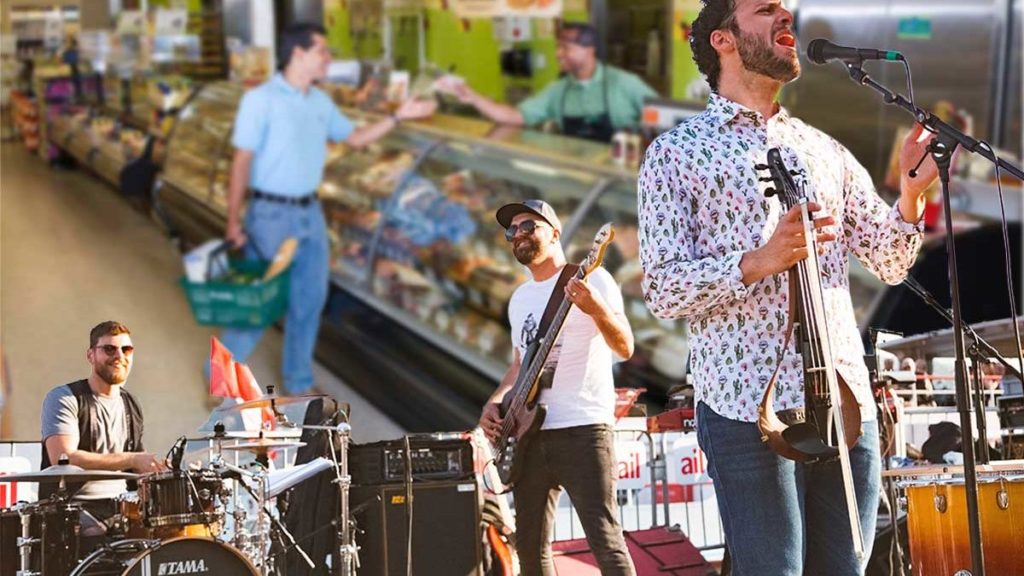 Guitarist and lead singer, Cole Schleemer, of the popular local metal band Gznxft was mortified to learn recently that his band’s name is not, in fact, excellent.

“I’m mortified,” said Schleemer as he tuned his very expensive electric guitar, which was a weird thing to be doing while standing in the deli line at Publix. “It’s the opposite of excellent; it sucks!”

I didn’t ask him what happened but he said, “What happened was we were having a shift meeting at PDQ where I worked  because somebody – not me – was sticking their fingers in the honey mustard sauce and licking them, and I felt a sneeze coming on. I hated that job and especially those meetings, which we seemed to have once a week because whoever was doing that did it a lot and I didn’t want to draw attention to myself so I tried to stifle it and it made a weird noise. I’d have been better off just sneezing. Anyway, this guy Ken, who would always joke around yelled, ‘hey, that would make an excellent band name!’ and everybody laughed. I thought, ‘well, people respect Ken and it got a reaction, so I guess I’d better capitalize on this’.  As soon as the meeting was over, I gave my two weeks notice, never showed up for work again because screw PDQ and their false, unprovable accusations. I immediately went out and learned how to play the guitar. I met three other guys and we started practicing and writing songs. After a while, we decided we were good enough to try to get some gigs and I told them the name of the band. I could tell they weren’t really into it but they didn’t really care that much so they didn’t really fight me on it. Since then, we’ve gotten a SoundCloud account, a YouTube channel and we’ve played all these bars from Bradenton to Wesley Chapel and everywhere in between. We pack the place every time we play, we sell CDs for $10 and t-shirts for $25 and some people follow us to every show.”

Just when I thought this was finally the happy ending to the story I didn’t want to hear in the first place, he continued, “then one day, I ran into Ken. I stopped in to PDQ to get some chicken nuggies. I figured they might still be mad at me for leaving them high and dry but since I was now a successful musician, I could rub it in their faces a little bit. Plus, that honey mustard sauce is really good. Ken saw me, came over and asked, ‘hey, didn’t you used to work here?’ I ignored the question and said, ‘thanks for that advice about the excellent band name!’ and he said, ‘oh my God, are you serious? Dude, I don’t remember that but I was kidding! Whatever it was had to be a terrible idea for a band name because every time I ever say something would make an excellent band name, I’m kidding! You’re a fool!’”

“Now I don’t know what to think. Are we getting booked for sold-out shows at bars all over the Tampa Bay Area and selling tons of merch  because people think we’re a big joke? I just don’t know. Maybe we’re actually a terrible band with a dumb name. Do you want to know the worst part?” Before I could say ‘this whole story is one big worst part’, he said, “When we worked together, Ken would constantly say ‘that’s what she said’. He never told me who ‘she’ was but now I don’t know if she ever actually said any of the hilarious things Ken claimed that she did.” Cole paused briefly before adding, “And also I’m not eligible for re-hire at PDQ.”