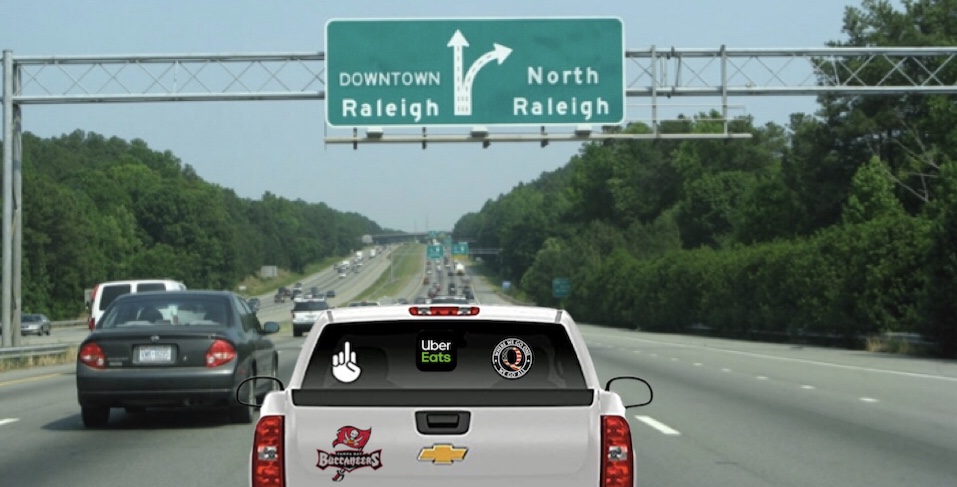 Galen Scroggins of Tampa has been relieved of his duties as a driver for the Uber Eats food delivery service after repeatedly ignoring the most efficient routes to customers addresses suggested by the GPS on his phone.

“CNN, MSNBC, CBS, GPS. All of those networks are nothing but liberal propaganda machines and all they do is lie and mislead the American public to support their agendas”, says Scroggins. “Well, sorry but not sorry. I do my own research, thank you very much.”

After more than two years of one and zero-star ratings, the popular service finally had no choice but to remove him from their roster following a particularly poor performance.

Scroggins picked up a Big Zax Snack Meal, consisting of Chicken Fingerz™, Texas Toast, Zax Sauce®, served with Crinkle Fries, and a 22oz. sized Coca-Cola Freestyle® drink from the Zaxby’s located at 4201 W. Hillsborough Avenue for delivery to Richard Bradley, who lives at the Rocky Creek Apartments at 6820 W. Hillsborough, just 2.7 miles away.

“I checked the app when he picked it up and it said he’d be here in seven minutes”, said Bradley. “But when I looked again a half hour later, wondering what was taking so long, he was 30 miles away, heading north! What the f…!” Scroggins had decided to deliver the meal to 6820 W. Hillsborough Street (not Avenue) in Raleigh, North Carolina, setting out on state roads and avoiding I-75. “I don’t believe the federal government should be involved in things like interstate travel,” he said.

“Yeah, I know what the GPS said”, says Scroggins. “But am I just supposed to do what a machine tells me to do, based on nothing but the fact that it was designed by specially trained so-called scientists to perform a specific function intended to help me? I don’t think so! That’s not what patriots do! Listen, just because something is correct doesn’t make it right!”

It was not the first time Scroggins had attempted to make a delivery to an address he chose to interpret differently than what was clearly stated, but it would be the last. Previously he has attempted deliveries to Port Richey instead of New Port Richey, Bradenton instead of Brandon and Land O’Lakes instead of Lakeland. He also frequently disregarded the directional designations north, south, east and west preceding addresses. As a result, food was often not delivered to his intended recipients in a hot, fresh and delicious manner.

“I don’t care. I’m an independent thinker and that’s why I don’t listen to anything that doesn’t support the opinions I already have. You’re all being controlled! You can’t eat hot food with a mask on anyway, so what difference does it make? I’d rather be an ex-Uber Eats driver than a gainfully employed sheap”, he said, somehow expressing himself verbally with a misspelled word.

← Pinellas man claims, “mask made me gay”Hillsborough sets up Covid-19 infection stations to round out curve →