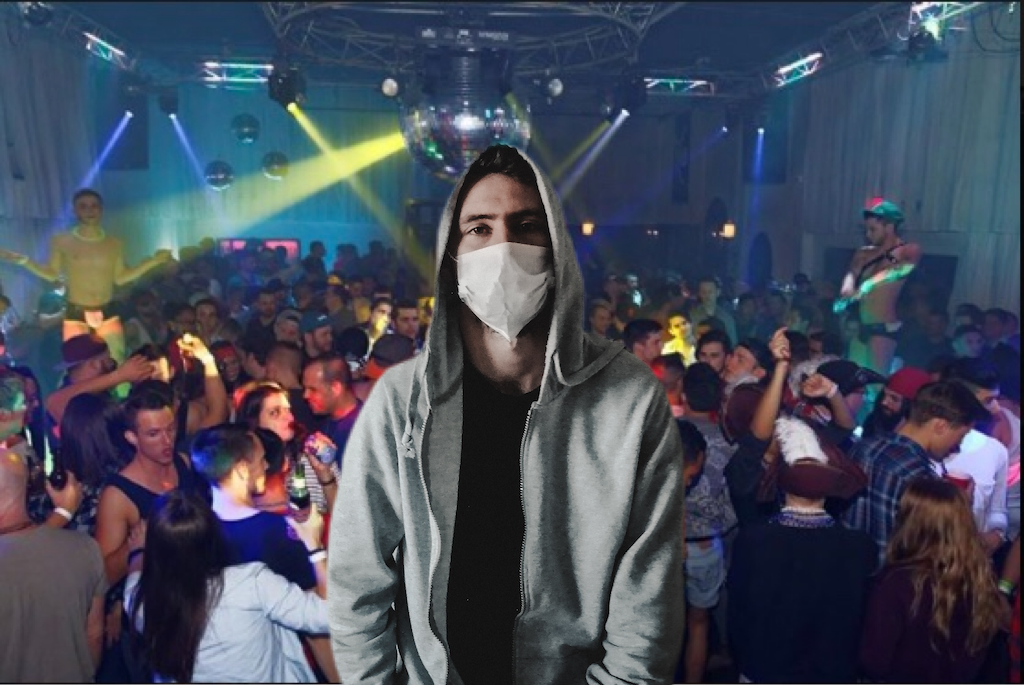 Resident of Pinellas County, Roy Jackson, is claiming that his Covid mask turned him into a homosexual after trying to justify his rationalization through, “amateur science.”

“See, humans release pheromones and when your forced to breathe in your own pheromones all day you start to live the thing you keep smelling, and that happens to be a man in my case. And I don’t realize this because you know, they always say, ‘you can’t smell yourself,’ so I don’t even realize I’m turning gay into BAM” Jackson slapped his hands together, “I’m su**in d**k.”

Jacksons’ wife Tabitha Angee is less than pleased with the issue at hand.

“He started having sex with other guys at his job, then even at our house, in our own bed, while I was in the other room with our child. It was really inappropriate and if I had anywhere to go, trust me I would be gone, but unfortunately I can’t just up and leave, so I’m stuck in this situation where I have to live with my new found homosexual husband.” Angee sadly stated.

“Trust me, I’m the most upset about this,” Roy Jackson began talking again.

“You think I like this? I used to make jokes at homosexuals expense’. Now I am one. Karma is a brutal temptress.”

Then, as Roy was talking, a man walked into their house wearing a mask and looked at Roy.

“Uhm, this is one of the other people who’s infected like me.” Roy said.

“See, this is what I’m talking about.” Angee said.

Then Roy left the foyer with the man who had just entered the home while Angee began singing a song to herself.

“If I just hum myself a sweet tune, I won’t think about how my husband believes his covid mask has turned him gay, and if I just stay positive the best I can all of this will go away soon.”

“I think I’m going to see myself out.” I said to Roy and Angee.

“Ok, goodbye, thanks for coming by.” Roy and Angee said both at staggered moments as not to talk over one another.

Whether there is any scientific proof behind Mr. Jackons’ claims uncertain at the moment. The CDC has abandon it’s headquarters without leaving a notice of where their future home would be, so everyone is still waiting to see if anything relevant pops up on Twitter.