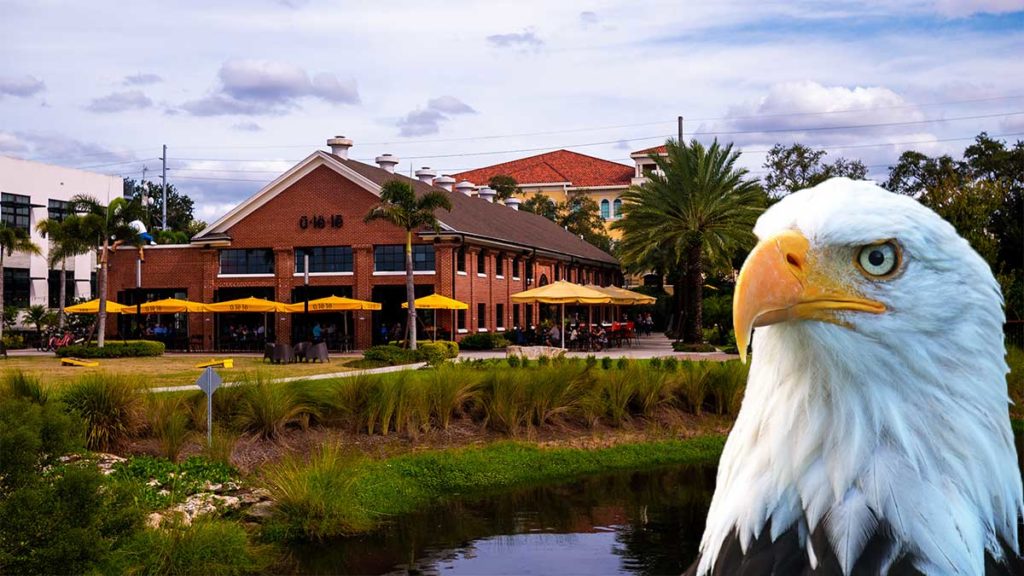 The popular brewery/restaurant/museum on Tampa’s famous Riverwalk, Ulele, has been asked to remove another giant statue they placed on their lawn without a permit.

“It’s art,” says owner of Ulele, James Sumfukboi. “We like having art on our lawns, but for some reason the city doesn’t seem to like anything we leave out there.”

The massive 18-foot statue of a woman posing spread eagle has been met with both crowds of supporters and protestors.

“I love the statue and if the city of Tampa takes it away I will never come back to Riverwalk,” said Tampa resident Lilly Sumfukboi. “I am not related to the owners of Ulele, we just have the same last name. I wish I could afford to eat there.”

The restaurant has until the end of the week to remove the statue, but the owners say they are taking their time and will even pay the daily fine to keep it up on the lawn because it is nice outside.

“We only have this weather less than two weeks out of the year, we just want people to enjoy our lawn for once,” said James Sumfukboi.