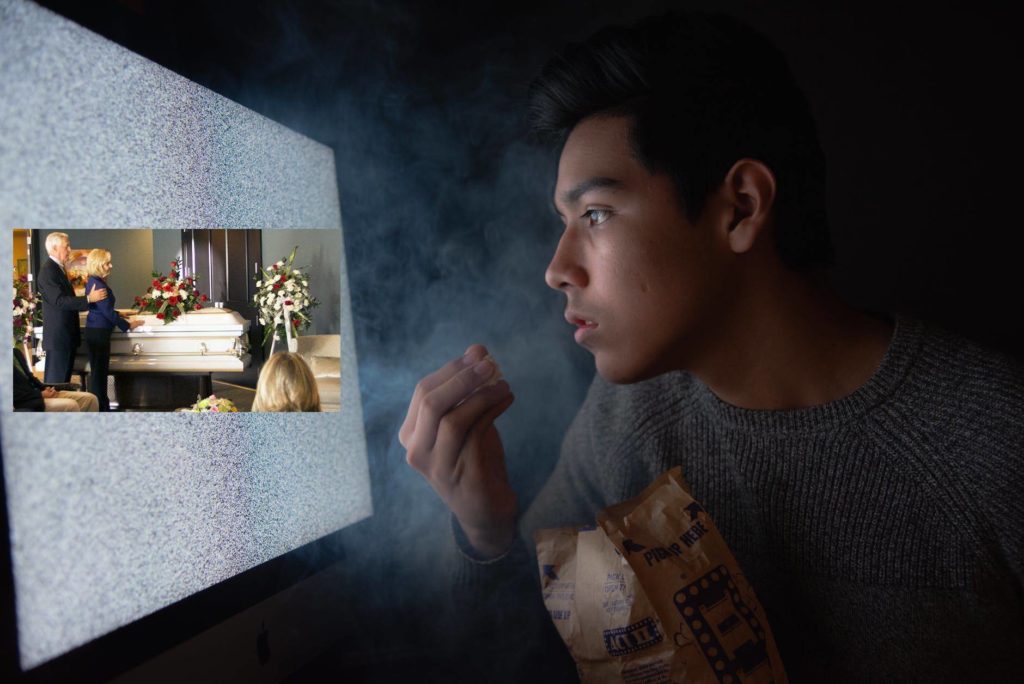 Werns Brothers Funeral Home in Valrico has added a unique new package of memorial services they offer; the opportunity to fake your own death.

“The idea started out as something fun to do”, he says. “Remember when Tom Sawyer and Huck Finn watched their own funeral? Well, who wouldn’t want to see that?” He chuckled and added, “Of course, we’re a little more sophisticated than they were in Mark Twain’s day. You won’t have to hide somewhere in the chapel; we have a fully equipped, completely private viewing control room with snacks, beverages and where you can zoom in on individual mourners faces in full HD.” Further, he added, ” Umm, also, ah, we don’t refer to our friends as the N-word anymore/”

“We thought it would just be something out of the ordinary that people would enjoy. Like fantasy football, only fantasy funerals,” he said. “What we found is that people with various complicated legal and social situations were coming to us by the dozens, not only wanting to watch their own funerals, but more than willing to pay us to bury an empty casket as well, which is totally unethical and extremely lucrative.”

He took me into the viewing control room to look at the amenities, where a man named Carl was intently watching his own memorial service. I was checking out the fully-stocked hotel-style mini-fridge when Carl suddenly screamed, “I can’t believe she brought him but I’m not surprised he isn’t crying! FUCK YOU, ROGER!! I KNOW YOU WERE SLEEPING WITH DARLENE BEFORE I EVEN DIED, YOU SON OF A BITCH!!” At that point, the funeral broke up in panic and chaos because everyone thought there was a ghost. “The only thing we need to do is finish up the soundproofing”, said Mr. Feeny.