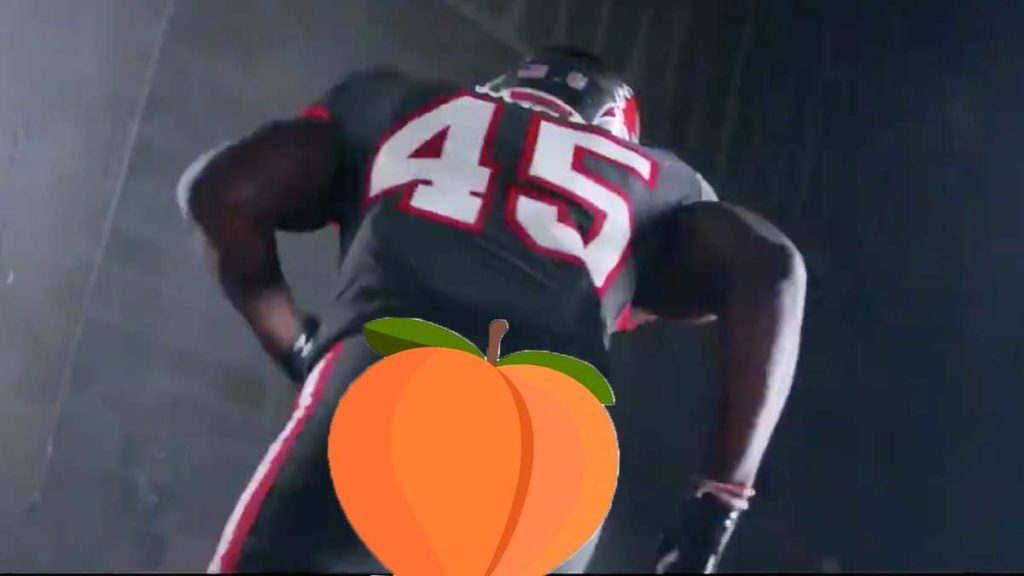 Citing the fact that the next NFL season will be played exclusively through an advanced VR version of Madden NFL on a couple PS5’s linked together with a LAN cable, the Tampa Bay Buccaneers unveiled their newest uniforms with the surprise addition assless pants.

“The latest VR technology requires electrodes to be placed all over the players’ body, so we wanted to give them a competitive advantage,” said Bucs Head Coach Bruce Arians.  “The first uniforms we unveiled in that commercial today were before I took some scissors to them. So we don’t have any photos of the players wearing the assless pants variation yet.”

When asked what the competitive advantage of having assless pants will be when it comes to VR, Arians became annoyed.

“I don’t know if you heard about this ‘LAG TIME’ but its simple, we have the best players in the league and we want the VR system to get the real them, not this over the pants shit.” Arians yelled at me while I nodded trying to look like I understood what he was saying.

“In fact, how about you and me go down to my basement and play a quick game on the VR so I can show you what I mean,” Arians said to me while taking me by the hand and leading me to the Bucs Headquarters.  It was at this familiar location that I was taken to a basement where a team of scientist strapped electrodes outside of my clothes.

Arians, trying to prove a point, removed all his clothes and had the electrodes placed directly on his body.

A super advanced football helmet shaped VR helmet was put on my head and I was led to a dark room.  Bright neon lights then filled the room and the game booted up.

Once loaded, I was in the middle of Raymond James football field, except it was snowing and I could see my breath in the air. My virtual teammates and I stood on the field looking at each other when all of sudden we heard a whistle and a football came flying at me.  It was the kick return and I had just caught the ball.

It felt so real and incredible that I stood there in amazement until I was tackled by a naked Bruce Arians.

“See what I’m saying, you get so much more movement when the electrodes are placed directly on the skin.” Arians said before the simulation abruptly came to end and I was left on the ground, all alone in a dark room with a naked Bruce Arians.

“I gotta go home and write this story up,” I said to Arians.

“Well let me know how that goes, and I hope to see you out here again on game day.” Arians said to me, giving me a thumbs up as I got up and ran towards the exit.

I then went home and took a long shower and cried.