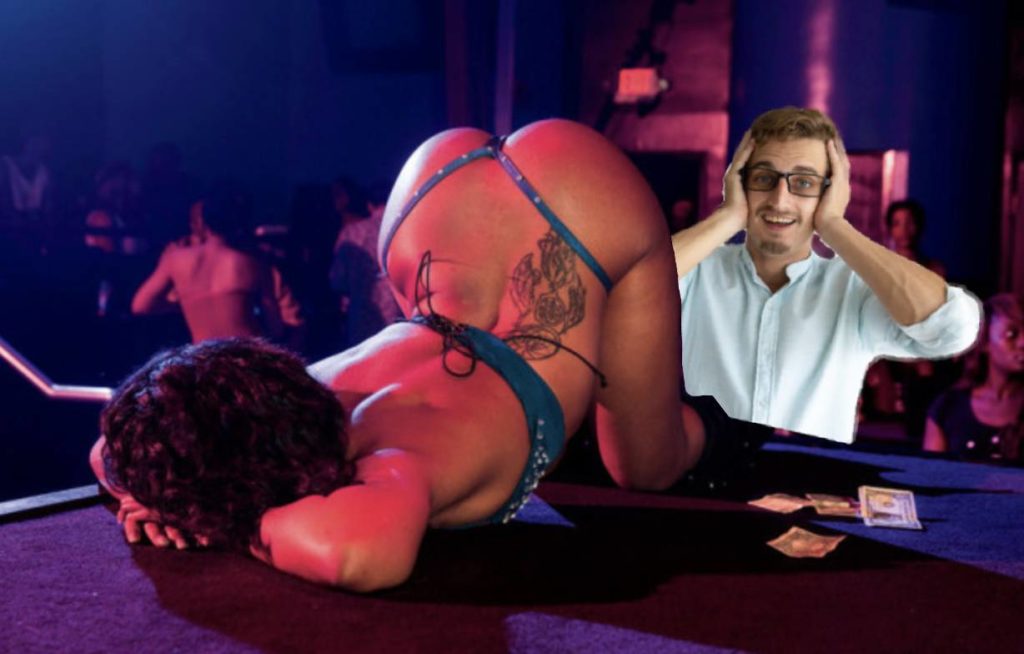 What some are calling “a miracle” took place last weekend when a portrait of the Virgin Mary presented itself in the form of a stripper’s asshole at the Mons Venus on Dale Mabry.

“I was putting my money on the counter, nothing big, just ones to try and lure em in, and that’s when I saw it.” Standley Anderson, regular of the club, is the one who first spotted the image. “Crystal was doing her patented reverse heel clicks, making that loud ‘clack’ sound, and I look down, and what do I see in her brown eye, but the eyes of the Virgin Mary staring back at me.” He looks up to the sky inspired. “It was beautiful. At first I thought I was seeing things, so I throw a few more dollars, keep Crystal in my area a little longer, and I call my buddies over, I say, ‘Dave! You gotta see this!’ He comes by, he takes a peep, he can’t believe it either! As I live and breathe, hand to my heart, swear to God, we’re both staring at the Virgin Mary now, and I’ve never been more aroused in a spiritual way.”

Since the discovery of the Holy Mother’s likeness, lines around the block have formed every night to see the sacred asshole. Some say they see it, others say they don’t; it’s spawned its own small tourist attraction with vendors on the side selling t-shirts and other merchandise.

“‘Come see the holy hole!’ I tell em!” Says Pringle, a very tanned scruffy man selling souvenirs on the grass. “I sell Super Bowl shirts, I sell inauguration shirts, this just happens to be the hottest trend.” He quickly turns to see if someone was touching his backpack. “I do a little Photoshop work with the shirts, expand the ladies butthole more to the shape of Virgin Mary, you know so whether you see it or not, at least you see it on the t-shirt. It’s one for $20 two for $25, best deal in town, can’t beat it.”

“They look at it more than anybody else,” says Crystal as she shrugs. “I can’t really see it, but I mean, I have to look in a mirror– I can’t see it head on like everybody else, I’m not that flexible,” she laughs. “Also, I’ve been able to charge way more for lap dances now, everybody wants to get close to it! It’s kind of weird but being a stripper is an exciting life, and nothing’s really that weird around here.” Crystal then gets into the driver seat of a Maybach and leaves.

In leu of the event, Mons Venus has expanded its operations to 24-hours a day.