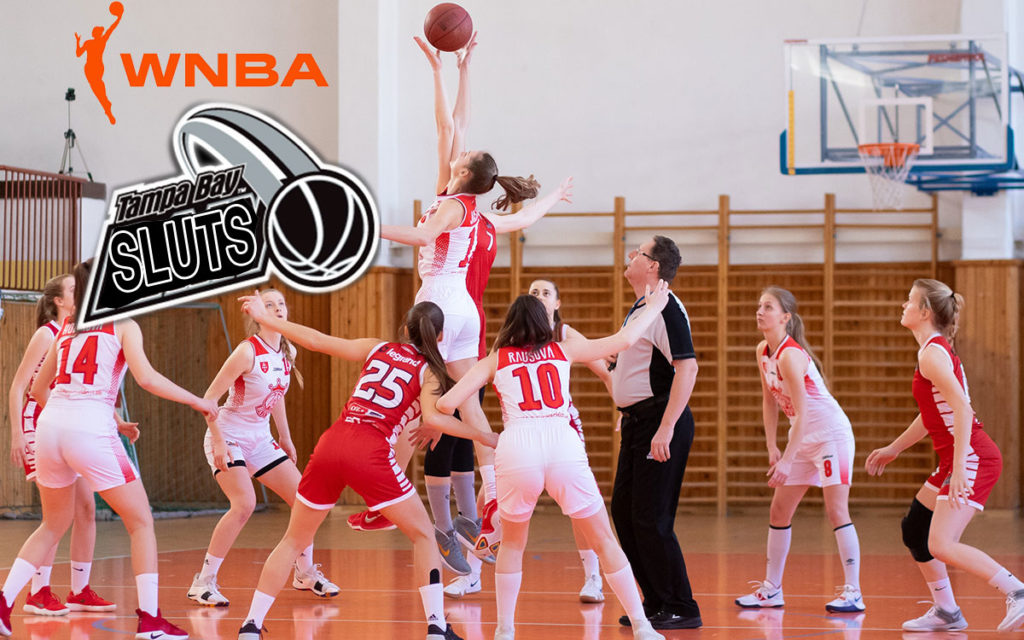 The WNBA has issued a press release stating there will be an expansion team added to the league, the “Tampa Sluts.”

The WNBA claimed, “Regarding the vulgarity of the team name, ‘Sluts,’ we’re taking back the power that word has as on women, and we’re not going to let it oppress us. We’re going to treat the word ‘Slut’ the way black people treat the N-word and only say it to each other. If men use it we will shame them, because it’s our word which we will use as a term of endearment for one another, and you can’t tell us differently, because we’re women, and we get to decide what words we chose to use and let affect us.”

The team colors will be pink, and flames. There will be a ticket deal, where all patrons who buy 3+ tickets will receive a corndog and a Tampa Sluts hat.

Some residents are not happy about the decision to home a new professional sports team.

“We already have the Rays, the Bucs, the Lightning, and can any of them do well in the playoffs? No! Some of those teams don’t even make the playoffs most years! We need to focus on developing a fanbase for the teams we have, not worrying about some new WNBA team!” Said Blake Williams, a venture capitalist who lives in a converted warehouse-loft downtown. “Do I care that they’re called the Sluts? No. My wife’s a slut.” He pointed his martini glass at a woman standing at a bar talking to another man. “You see that? She’s slutting it up right now.” He took off his high heels and flung them at her across the room. “What the hell are you doing honey! Stop flirting with other boys when the camera’s not recording!” I realized what he just said, and that he was wearing high heels.

“Sorry I even bothered you about this topic,” I said, “I’ll just leave now.” I turned to leave the venture capitalists magnificent office, complete with a full sized bar where his wife was flirting with a stranger.

“Stop right there!” He bellowed at me.

I looked back at him to notice he looked a lot like Elton John, and that made me laugh a little bit. I didn’t listen to anything else the man had to say and I left without responding to his demand for me to stop in my tracks.

I bumped into a bunch of girls playing hoops in the street on the way to my car.

“Hey mister, do you want to play basketball with us?” One of the girls bashfully asked.

“No thanks,” I said before they start kicking the shit out of me.

“What did you call us!” One screamed.

“I said no thanks!” I was able to blurt out between brutal blows.

They stopped beating me up and help me to my feet. “What was that about?” I asked.

“Well…” One bashfully said. “We’re the Tampa Sluts and we thought you were calling us sluts, but we know that you don’t know who we are, so we assumed you weren’t referencing our team name and was just being a creepy privileged white dude just like all the other ones.”

I dusted myself off. “No problem, I totally understand.” I said. “It’s actually funny, I’m writing a story on your basketball team, would you mind if I interviewed you?” Then they pepper sprayed me in the face.

“Ew! No you creep! We don’t want to have a f***ing sex chat with you pervert!” They stormed off in disgust.

As I layed in the sewer thinking about the irony of my ass beating, I saw from the corner of my eye a meter-maid giving me a ticket. “Go Sluts!” I cheered from my pathetic stupor.

“What did you just say to me?” I heard the meter-maid say. Then she pulled out a large rope chain from the trunk of her car and began walking towards me with the chain dragging, causing sparks, and that’s the last thing I remember.