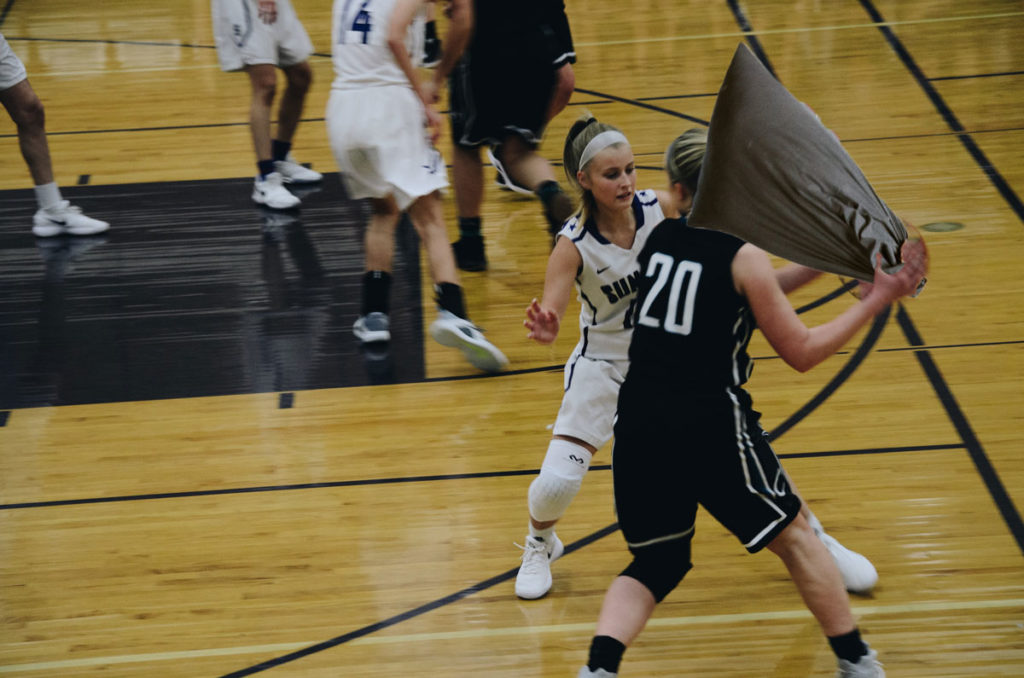 In an honestly, pretty funny, turn of events on Saturday, the Women’s Final Four basketball match-up between the Connecticut Huskies and the Milwaukee Brewers turned into a pillow fight halfway through the 3rd quarter.

“I’ve never seen anything like this,” said Milwaukee head coach Finnegan Stanley. “These ladies went from playing some solid hoops, to whopping each other on the side of the head with pillows? And why?”

The question as to why is still currently under review, however spectators have come to their own conclusions.

“Yea, one of them got mad at the other girl, but knew if she physically hit her, she’d be ejected or potentially go to jail,” said Martin Hector as he spilled hot-dog-ketchup on his already stained white shirt. “So she saw one of those like, back-pillows people use when their back is acting up, and she just smacked Zenita Hill on her temple!”

Hector, who had seats deep in the far-back-right corner of the room, was barely able to witness any of the action, as he was looking through binoculars. However, he was the only bystander who stuck around long enough to do an interview with us, as everyone else had turned us down.

“I think it had something to do with an uncalled foul,” Hector said before tripping over one of his untied shoelaces. “Ouch my back!” He shouted. “But yea, I think Kristine Blunt jumped over the back of Zenita for a loose ball, and it may have pulled her hamstring or something, because Zenita made some sort of gesture toward Kristine, then Kristine did the thing with the pillow I mentioned earlier!”

I kept following Martin for some reason, as he seemed to have a strange existence and an interesting background. I was curious about his thoughts on the rest of the world, not only this basketball-game-turned-pillow-fight.

“What else happened…” I said, as I paused in the hallway exit towards the main atrium. He turned back at me.

“What other stuff happened? You know. With the pillow fight?” I said.

Martin sat down in the middle of the floor and unzipped his fanny pack. “Well,” he said, “I’ve actually been collecting college women’s basketball cards for years now.” He begins dumping cards from his fanny pack onto the concrete floor.

“These things are probably worth millions!” He proclaimed. “I’ve watched ’Storage Wars,’ I know how this kind of stuff works!” He completely lost me, and I regreted following him and talking to him in the first place.

“Jesus, Guy!” I yelled. “I thought you were nice and a bit interesting, but you turned out to be some pervert, no wonder you were still around after everyone had left, you’re off buddy! You’re a little weird!”

His eyes began to tear up.

“I’m sorry.” I said, as I realized he’d never had anyone talk to him like that, and I felt bad for upsetting him. “Come here little buddy.” I said, as he slowly hobbled up to me, then he jumped up and put his arms around my neck as I cradle him like a baby. “Good boy. Now you stop being a pervert and I’ll stop writing this article, deal?” I said.