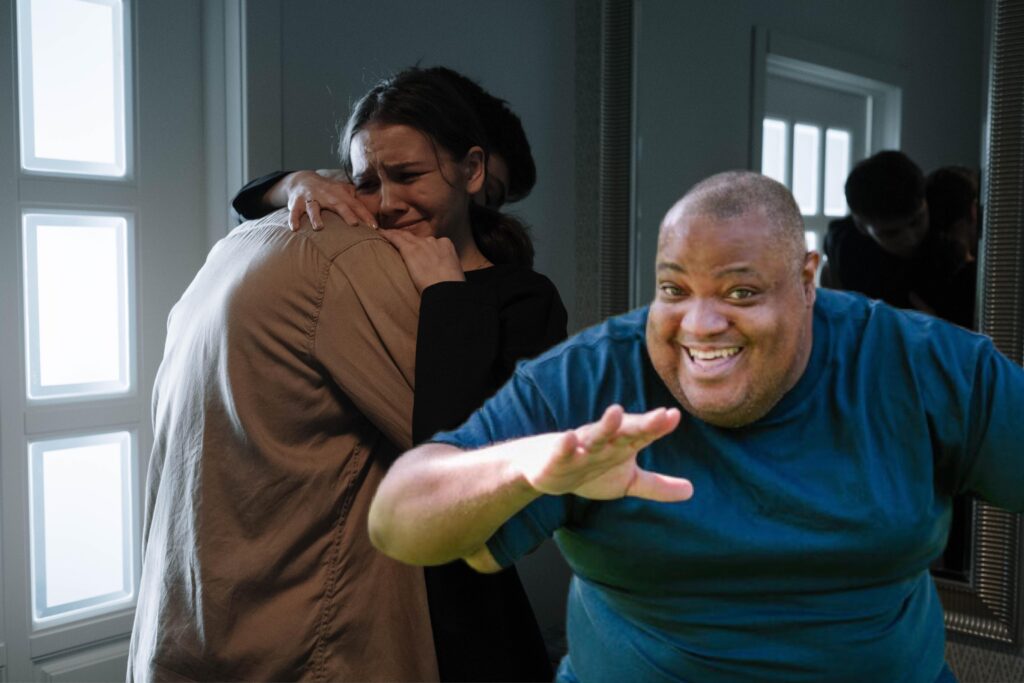 Knowing what to do when a friend or acquaintance is mourning the death of a loved one is one of the most difficult things human beings have to deal with. Your natural instinct is to say or do something but that may not be helpful. It might actually be harmful. It’s easier and more effective and appreciated to simply be available to them in case they need a kind word, a hug or some other gesture of compassion from you and not to force anything upon them unsolicited. Just being there is exactly the very best thing you can do for someone in that situation.

“That doesn’t seem right. I feel like I should say something.”
See, that’s the problem; it’s not about you and how you feel about it.
“Yeah, I hear you, but what should I SAY?!?”
Jesus! Nothing, okay?

Okay, if you absolutely have to do something (spoiler alert: you don’t) at least don’t do any of these things, you big dummy.

Minimize their grief experience by maximizing yours

Empathy is not a competition. It shouldn’t be necessary to point that out but here we are.

They’re going through hell right now and you’re going to give them a chore? In addition to whatever else they have to take care of, you want them to immediately drop what they’re doing and give you a jingle. Yeah, that’s helpful. Odds are they don’t want to talk to you when things are going well. What makes you think they want to talk to you now? I mean, there’s probably a reason why you didn’t get the news firsthand, don’t you think?

Take the opportunity to demonstrate your spirituality

Thoughts and prayers? Okay, all mass shootings jokes aside, that’s actually a very nice and kind gesture on your part. Good work! But stop there. Just think and pray. Nobody needs to know you’re a wiz at deciphering scripture, even with your hip, youth pastor slant. Also, your metaphors really stink. Are you going Old Testament or 1971 Led Zeppelin?

Say something for the sake of saying something

Remember what we said previously about not making it about you? It really isn’t. Sure, you might feel better after for having made some kind of gesture, but again IT’S NOT ABOUT YOU! You don’t even need to say, “I’m sorry.” Of course you’re sorry. It’s understood and assumed. Who wouldn’t be sorry? If it helps, try to think of it in terms of mass quantities. The people who are grieving are obligated by simple basic courtesy to acknowledge every gesture. On top of everything else, they don’t want to be perceived as ungrateful. And on top of everything else, that really isn’t something they should need to worry about, is it?
“So what should I do, just ignore them?”
No, of course not. Unless, yes, maybe. If that’s what they want. I mean, “ignoring” them isn’t the right word. But leave them alone if that’s what they want, and assume that is what they want without asking them. Putting someone in the position of having to respond to a bunch of people asking “what do you want?” is exactly the kind of pain-in-the-ass behavior we’re trying to curb here. But still be available to them if they ask for your help. I know that sounds tricky, but it shouldn’t be. Basically, just kind of stand by. Again, in case you’re missing all the points, we’re trying to say that your focus should be being attentive to their needs, not yours.