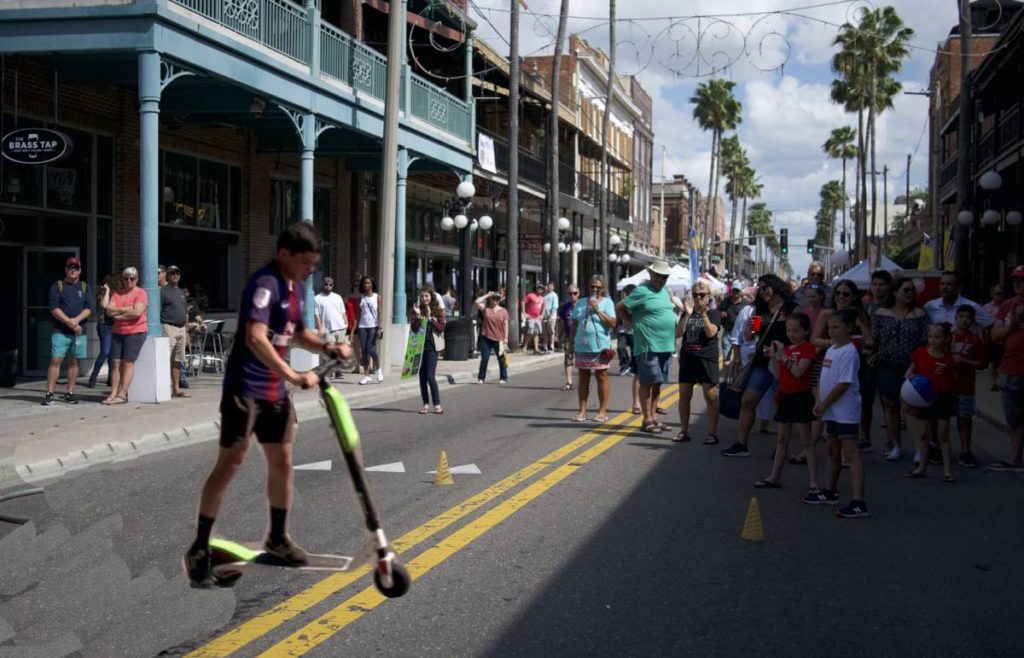 Tampa is the newest city to likely see e-scooters motoring alongside pedestrians on city sidewalks. A proposed ordinance would allow scooters on sidewalks south of MLK Jr. Boulevard between Armenia Ave and 40th Street, a 12-square mile area that does not include East 7th Ave in Ybor City.

Hundreds of motorized electric scooters are currently scheduled to descend upon the Bay Area overnight without warning, Ybor City citizens are sad they won’t be able to get their E-Boards on.

City Council members will attempt to control the chaos that has afflicted other cities since rental e-scooters have become the next thing in urban transportation.

“E-boards, the vape pen of skateboarding, are street-legal,” says Tampa City Council member Penneth Culiantro. “But we want to see how they do outside of Ybor before we let them destroy what’s left of our history.”

Tampa Bay will become a microcosm of the promise and perils of the electric scooters, city officials, however, are desperately trying to rein in and regulate the scooters, which often appear without warning or without local input.

Council members are concerned about riders running people down on the city’s sidewalks. Riders weaving through crowds or ignoring traffic rules can cause bruises, bumps, and broken bones. In other major cities, it’s apparently hard to walk without tripping over a scooter. Many have filed class-action lawsuits against e-scooter start-ups, for “aiding and abetting assault”, a way to characterize the creation of a public nuisance that’s led to scads of pedestrians colliding with riders.

Following in the tracks of aggressive ride-hailing services like Uber and Lyft, some scooter companies have adopted the notorious “ask forgiveness rather than permission” approach when setting up shop. As in Tampa, officials in cities like St. Louis were surprised to see hundreds of scooters suddenly perched on curbs without any forewarning, the sudden deluge of sidewalk-scaling motor vehicles feels like an invasion of zombies.

Other cities, like Seattle, are trying to keep them out until they can write rules of the road to manage them. And this being 2019, scooter companies have attempted to seed a social media backlash to the backlash.

Electric scooters have popped up in dozens of cities across the country. They often cost as little as $1 to start riding and then 15 cents for each minute after. The key innovation with scooters is the rental business model: Download the app on your smartphone for a scooter company. All users have to do is enter a credit card and scan a bar code to unlock the scooter.

View all posts by Chris Whitener →