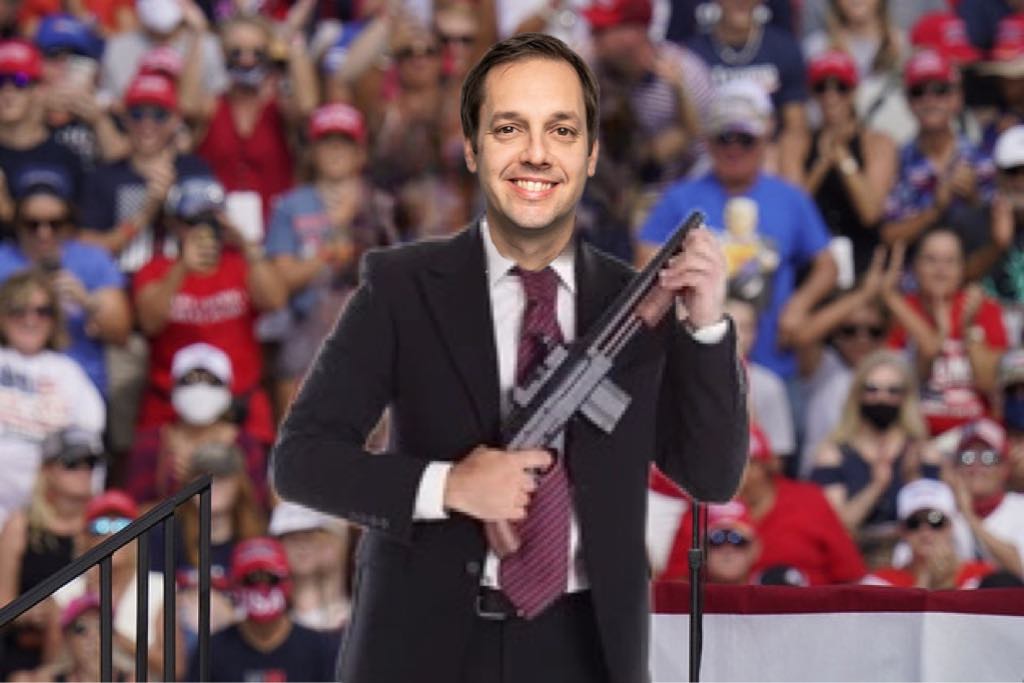 Timothy Edelstein, who was arrested for committing a mass shooting at an abortion clinic, was named the winner of a secret preliminary primary for the GOP.

“He hates abortions, he loves guns, he really checks all the boxes.” Said Hanz Prinzman, the secret shadow-GOP government leader.

“What about the fact that he murdered people and he’s in prison?” I asked.

Prinzman laughed and waved that notion away.

“None of that matters.” Prinzman sternly stated, stretching the last syllable

“If we want something we make it happen, no matter what, and in this case, this man’s values align with ours so we want him to lead the public.” Prinzman said, now wondering why he had let a journalist in to his cult meeting in the first place.

“Sure I guess I get that, but what about the fact the he killed innocent people?” I asked, trying not to anger the shadow-government figurehead.

“You really don’t get it, do you, you imbecile? We don’t care. He killed poor people, in a poor neighborhood, no one we care about has been murdered in the last hundred years. We are extremely safe and protected and all collateral lives lost were unimportant. In our eyes, Edelstein is a brave man who deserves a position of slight power.” Prinzman said, now shooing me away and pointing towards a gothic door with a dimly lit exit-sign above it.

“Ok, sure, sure, that makes sense.” I nodded as I walked out.

Edelstein is slated to win the 2024 Presidency by a margin of 12%, as was discussed by the secret cabal.

I didn’t understand how any of this was able to take place so I went back to the office and did some Googling.

As it turns out, it’s a very well known fact that we don’t actually have any control over our communities, and any idea of control we have is simply an illusion. All politicians are compromised and long paid-off, all activists are secretly CIA and FBI operatives, and all human rights movements have simply been psy-ops by the government.

When I tried to ask Jeeves, “Why is it ok for the people in power to screw over and manipulate poor people without repercussions?” I had my wi-fi remotely turned off and a laser beam then shined into my office window.

Which was very surprising because I’m on the 53rd floor!

Anyways, I threw my laptop out of the window to distance myself from any potential compromise which could occur from me even looking into the matters.

I’m now writing this from the library and I totally understand everything now and have accepted that there’s nothing I can do or change and I will remain complacent with the system I’ve lived in. The only system I know.

Despite how bad or corrupt the world claims every system of power may be, it’s still better than nothing! Fast food and trinkets are worth the invisible suffering somewhere half-way around the world. Out of sight, out of mind! Not in my backyard! Think of it this way, would you rather pay $7,000 for an iPhone? Of course you wouldn’t! So stop Googling conspiracy theories!