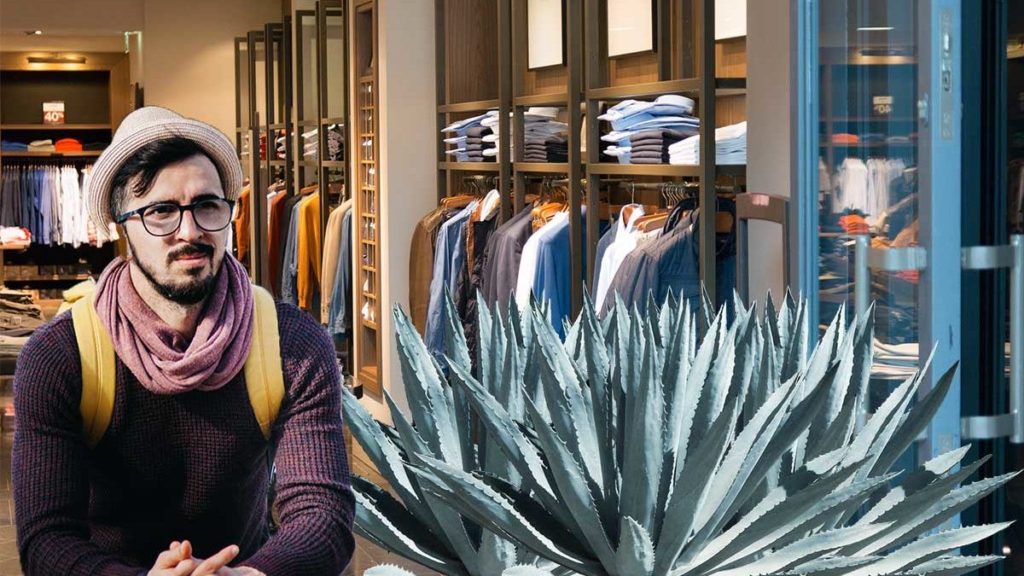 A chic new storefront has opened in Hyde Park toting the status of being the only organic agave boutique in Tampa.

An agave boutique is a store that sells all the tools and equipment to plant and harvest a massive agave plant in your own backyard, giving you the privilege of fermenting and distilling your own homegrown tequila.

“Pure ‘Gave,” the store named after its sister branch in Northern Memphis, features starter kits to plant your own agave for as little as $20,000. Whereas agave farms can start in the millions to purchase and develop, Pure ‘Gave offers a more affordable alternative.

“It’s been a great bonding experience between me and my kid.” Said Sam Westminst, local Hyde Park native. “He waters it, digs it up, chops it in half with that weird bean shaped blade, I let him figure out how the distillery equipment works, and when he’s all done, I drink the tequila.” Sam cracked a wise smile and laughed. “It’s awesome!” He said, holding back his excitement, trying to play it cool. “Little Marvin has become so strong and popular at his school because of his new skill. In fact, sometimes I wake up late at night and I can hear him harvesting agave with his friends, and I think to myself, ‘if only I were so lucky at his age, I wouldn’t have had to work so hard to make friends!’ Lucky little bastard.” Sam slammed his empty Paloma on the counter and got up to leave.

While it’s illegal to sell alcohol to minors, Pure ‘Gave gets away with selling these plants through a legal technicality.

For $60 at the end of the month you can attend the ‘How to Harvest’ seminar held at Pure ‘Gave, where former television star Cesar Milan will come in and teach everyone how to tend their agave. Milan, once host of “The Dog Whisperer,” recently pivoted his career from dog care to agave harvesting, because in his words, “That’s where the money is.”

Patrons will not be able to just show up and buy an Agave harvesting kit, because this is Hyde Park, and you must make a reservation, bring at least three girls, and dress in Memorial Day weekend brunch attire. Only four people are allowed in the store at once, and you’re not allowed to speak to Mitchell Presley unless he speaks to you. The business is expected to close very soon because it’s a terrible idea, but the business owners will not be effected because the interest they earn on one of their bank accounts is still larger than the entirety of the investment they made in this venture.