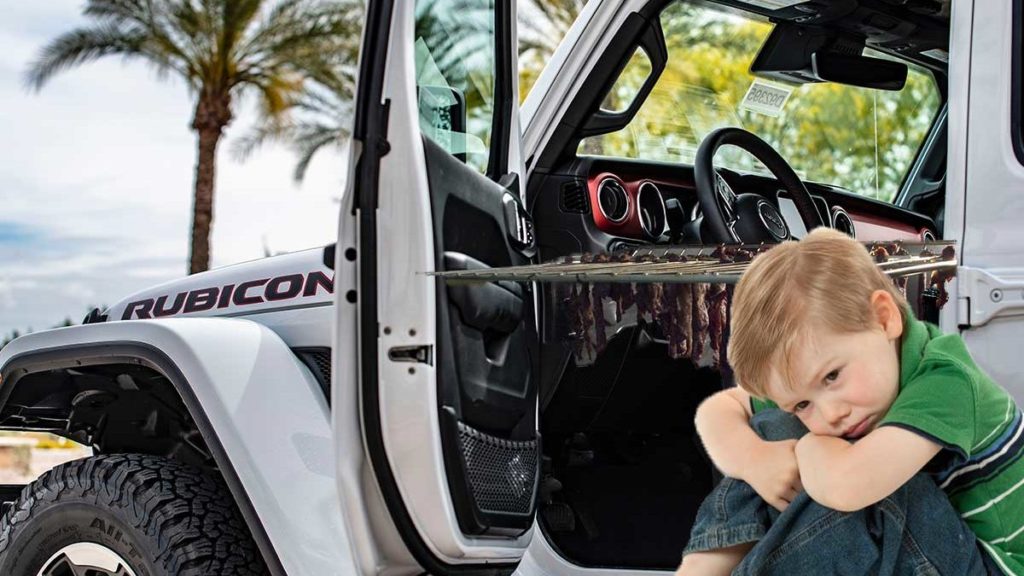 Local culinary prodigy, Dennis Wiggins, was found today after an exhausting 18-hour search led to his discovery on the top floor of the South Tampa Target parking garage.

8-year-old Wiggins stole his mothers minivan and went missing early in the morning to steal thick beef slices from a Winn-Dixie near his home. The boy staged an elaborate robbery where he escaped with 10 pounds of seasoned sirloins.

“I saw on the internet how to make beef jerky, because my mom never buys it for me and I wanted to make it,” Wiggins said while being placed under arrest.

“Normally we wouldn’t arrest a child, but the resources we wasted finding him were tremendous and someone has to pay for it,” said Tampa Police officer Twillip Sussige. “We weren’t sure what was going on, I personally had no idea that beef jerky was just extra slow cooked meat.”

Officer Sussige was very impressed by the set-up the kid had which included a space heater rigged up to continue heating the cuts of beef while it was dark out.

“I just wanted to make beef jerky, I didn’t want to make my mom mad,” said Wiggins before being taken away.

The little boy is facing many felony counts for trespassing, larceny, grand theft auto and child endangerment. Police say his beef jerky was actually quite tasty and was indeed finished and ready to eat before he was arrested.