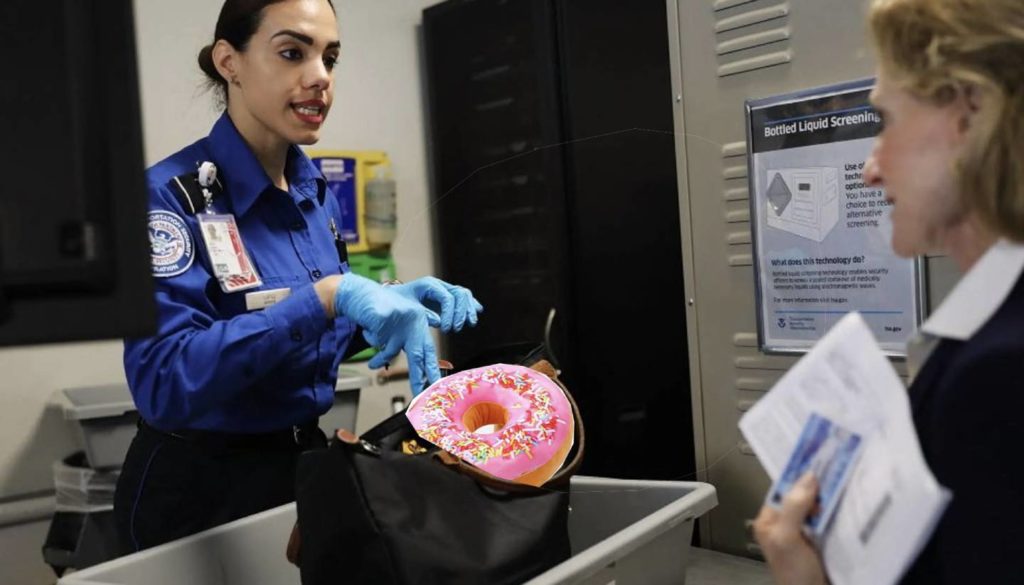 With no end in sight to the record-breaking government shutdown, federal employees are expected to work without paychecks. This group of 800,000 workers includes TSA agents monitoring passengers at airports around the country.

“It’s ridiculous,” said passenger David Mayberry, who boarded a flight to Baltimore from Tampa International Airport. “The TSA agent confiscated my doughnut to be ‘tested,’ and came back a minute later with powder on his face. He had a cup of coffee in his hand that I saw him take from the lady ahead of me.”

Legally, food and drinks purchased at the airside terminal are allowed on planes, but even those items are being taken for “testing,” and brought to an area that has been identified as a TSA break room.

Jeannette Steinman, president of consumer watchdog group Eyes On Skies, advises passengers to be wary of “enhanced security questions” asked by TSA agents. They include:

*Are you going to finish that?
*Ooooh, whatcha got there?
*Does that have nuts in it? I’m allergic to peanuts.
*Is that Macchiato made with regular milk or soy milk?

According to Steinman, these are not official TSA questions, and a sign that your agent is overworked, underpaid and hungry. She advises travelers to wolf down their food before getting to a security checkpoint, or squeezing it into condoms and swallowing them, like a drug mule.