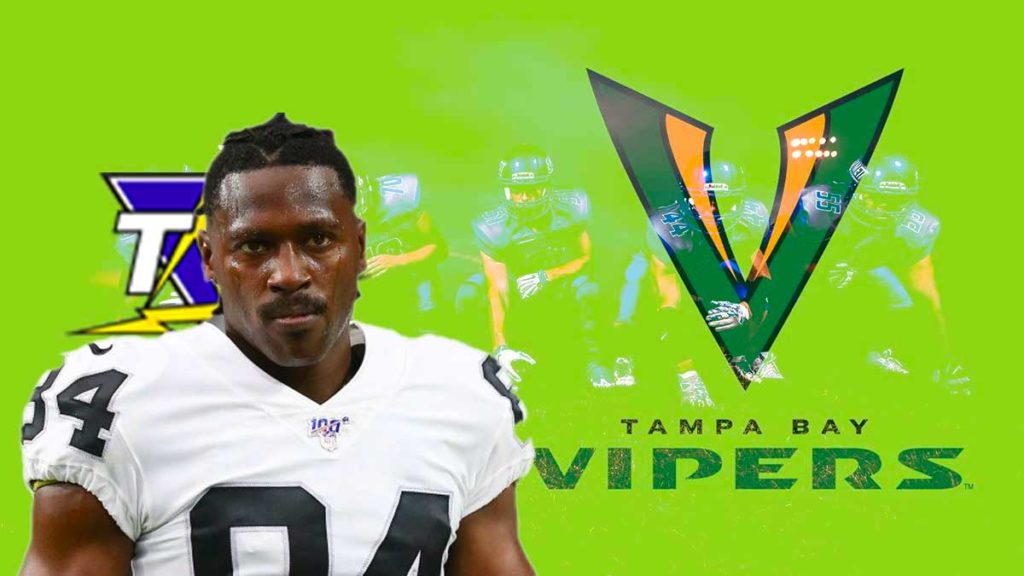 In what is being called the best possible option for former New England Patriots wide receiver, Antonio Brown, the Tampa Bay Vipers have announced him as the newest player on the team.

“It took a lot of convincing because Brown was an outspoken critic of the XFL,” says Marc Trestman, Vipers Head Coach.  “The first offer we presented to him, Brown actually grabbed a bat and started swinging at my legs.” Coach Trestman then showed us a scar on his upper thigh.  “Brown actually put me in an Angle Lock, the wrestler Kurt Angle’s finishing maneuver, and while he was doing it, he bit off a piece of thigh.”

Trestman was able to get the thigh piece surgically reattached, but it took getting Brown to spit the piece out, which he was only able to do after offering three times the allotted salary for him.

“In the end I think we got a good deal, and Antonio has been fitting in great with the rest of the Vipers, they all love the uniform,” Trestman then started to remove his suit, unveiling that he had a lime green, skin tight onesie under his clothes.

“We’ve been getting a lot positive feedback on the outfits,” Trestman said.  “They are green because we are doing some technological graphics stuff for the live games that we haven’t been ready to unveil just yet. But trust me when I say that the graphical presentation of this game on live TV is going to be out-of-this-world.” Trestman then made excited hand gestures and went out to the locker room.

Brown is currently waiting to hear if he’s going to prison or not, so he didn’t want to answer any of my prepared questions. He did however gift me a pet viper that was given to him by the XFL team for signing-on to play.

The Tampa Bay Vipers hope to get at least of few more games out of him than the one he played for the Patriots this past season.

← EDITORIAL: What about the white cemeteries?White Claw to Sponsor University of Tampa Graduation Party →