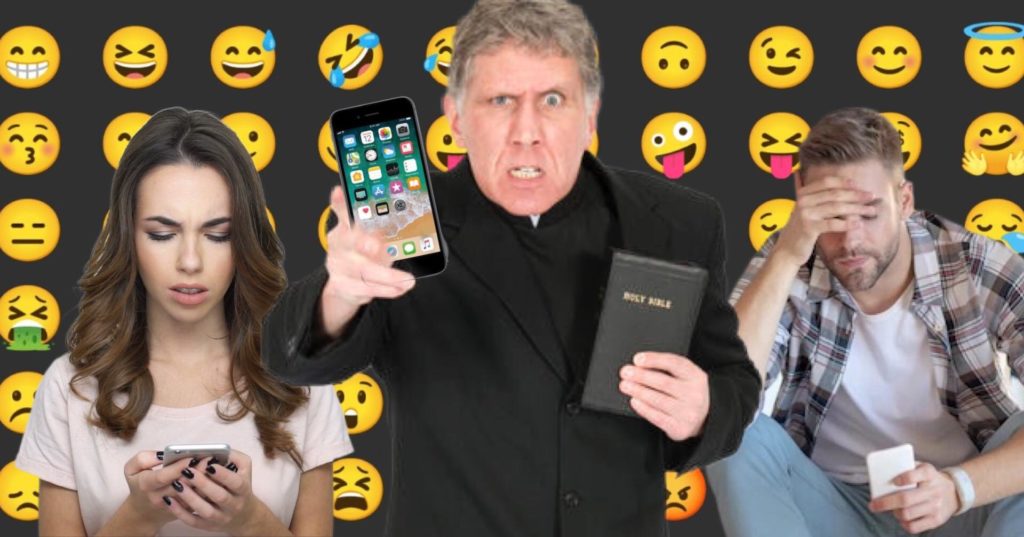 Due to abortions’ increase in relevance, the new Apple IOS update will include 16 new emojis, including 3 abortion ones.

The head of Apple’s iPhone emoji development team, Jack Kingoff, was quoted in a public relations meeting saying, “People need better ways to communicate delicate issues going on in their lives, and we’ve created the appropriate emojis to help them do that.”

The abortion emojis include a fetus being sucked through a vacuum, a pregnant woman throwing herself down a flight of stairs, and a bloody coat hanger..

“We think these will help people convey the feeling they’re going through during these trying times.” Said Kingoff.

The other emojis in the update include a man getting hit in the head with a Bible, a classroom full of gunned down children, and a 4th of July parade riddled with bullets.

“We can’t rely on humanity to eloquently speak about these sensitive topics, so we’ve taken it upon ourselves to be the omnipotent standard of language. The Egyptians used hieroglyphics, and they were the first civilization on earth. It makes sense for us to get back to the basics. We believe they were on to something with the oversimplification of language, so that’s the direction we would like to go.” Confidently stated Kingoff before taking a sip of water from an already open Fiji bottle.

Tech bloggers have already begun rapidly reviewing the new emojis back to a mixed reception.

“Some of us love it, some of us hate it.” Said Kenny Ligmapuss, head editor of Basic Ideas Tech Meta-Data Magazine (Online Edition).

“I think the emoji of a father tongue-kissing his child is unnecessary and excessive.” Said Father Bill Zack of the 33rd Goliath Episcopal Church on North East Broadway Ave, Tuscaloosa.

Apple has defended it’s new emojis against the backlash and questions of “why?” But stating, “These emojis help people with communication deficiencies and disorders which cause them to have hard times communicating. You might not think you need an emoji for a burrito being shoved up a porcupines ass, but for someone who can’t communicate in a sufficient and effective way, this is exactly what they need.”

The hiding-behind-the-handicapped-defense has so far been iron clad, shutting down all criticism by labeling the critics as bigots.

Apple is already set to release a second upcoming emojis pack featuring 35 new emojis featuring a polyamorous couple, a boy holding hands with his step-sister, and a bean bag being greased with crisco to be swallowed whole.