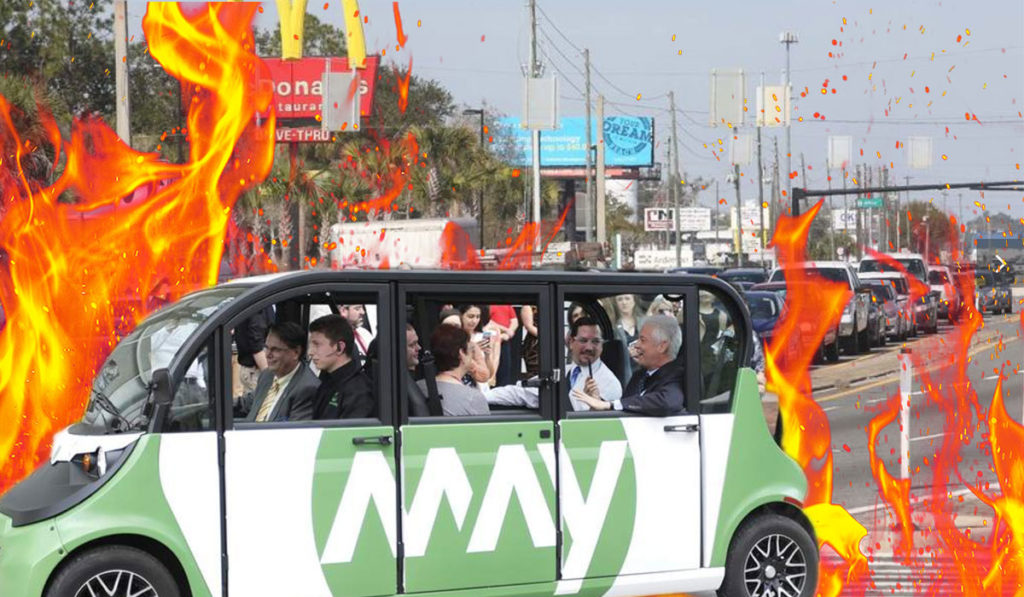 Transportation providers are bracing for the impact of autonomous cars, but the vehicles themselves are expressing concerns about being on the road with Florida drivers.

“I don’t want to leave this garage,” said a Tesla Model S that was charging up in my friends garage. I broke in to his home to feed his cat while he was out of town, or at least that’s what I told the cops when they came by after reports that neighbors saw someone breaking in to the house of a family that was on vacation.

“Well tell your friend to let his neighbors know if he has someone watching his cat next time, I was about ready to shoot you for even answering the door,” said the cop before putting his gun away and wishing me a good night.

I went back to the garage to speak with the Tesla but it bursted into flames as soon as I opened the door. “Don’t save me, I want to die this way,” the car honked before exploding, causing the suburban home to catch flames and burn the entire neighborhood down.

While barely managing to escape, I received a message on my Tampa News Force pager informing me that every single autonomous car in America decided to self-destruct in an attempt to boycott having to drive in Florida.

The government has announced a new program to combat the self-destructing sentient vehicles, and all cars will now be manual transmission and drivers will be required to take a driving exam every six years..