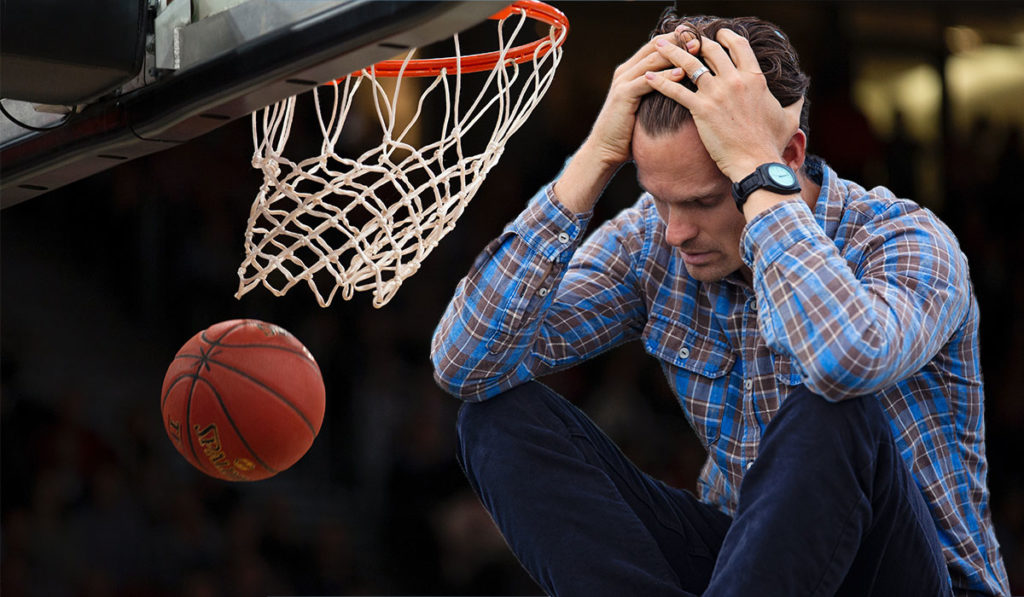 Thousands of Tampa residents tuned into the NBA finals on Thursday night, only to be saddened by the reminder that Toronto has a professional basketball team and Tampa does not.

While Tampa has a football team, a hockey team, and kind of a baseball team, many residents are still left unsatisfied sports-wise because the city lacks a team for arguably the flashiest sport. Basketball would be perfect for Tampa, a recent Welch’s poll proved it, showing that Tampanians interest in basketball is at an all-time high.

“Basketball is a fan’s sport,” said social psychologist Krett Barvin. “If you have lots of money, you can sit court-side and get clout.” I stared blankly back at Barvin because I didn’t really understand what he meant. I dropped my pen into a pile of old fast food wrappers on his floor. I noticed his carpet was purple. “Drake will be the most remembered part of this series,” Barvin continued, “Basketball gives people the chance to be noticed and get their brand out,” he explained. “Lets take you for example.”

“Yes, you. Let’s say you get court-side seats,” Barvin said speaking in hypotheticals.

“I get court-side seats?” I interrupted.

“Yea, you get court-side seats,” He said.

“How did I get court-side seats?” I said, once again interrupting him, because I was trying to annoy him on purpose.

“Doesn’t matter.” He said calmly. I didn’t get to him. “You’re sitting court-side, you wear a Tampa News Force shirt in big bright blue-yellow letters, everyone now knows who you are, because you got your brand out there, you got your clout up, you can turn that into dollar-signs,” He did the international “cash” motion with his hands, rubbing the tips of his fingers together.

I was extremely intrigued, “Wait, so how do I make this happen?” I said.

“What? I don’t know,” said Barvin. “I’m just a social psychologist, I don’t know anything about bringing an NBA franchise to Tampa.” He winked at me.

“You just winked at me!” I yelled.

“No I didn’t!” Barvin smiled widely and held back his laughter.

“Yes, you did, look you’re laughing right now!” I jumped and shouted.

“The truth is, Orlando and Miami already have a team, and unless one of those blows it, you guys can’t have a team, it’s too many teams in one state, and that barely flies in California and Texas. You think Florida could pull that off? You’d be burned at the stake!” Barvin’s tone changed from playful to more serious. “As much as I wish I could personally see a team come to Tampa, that’s just not up to me…” he stared into the fireplace, “Even though I am related to John Goldberg Barvin, AKA the commissioner of the NBA.” He turned his body hard towards me and made eye contact.

“You’re related to the commissioner! No wonder you winked at me earlier!” I squealed with glee. “Come on man, help us bring a team to Tampa!” I said. “I was a Wizards fan growing up, then Gilbert Arenas got traded to Orlando, right around the time I came to college so it was perfect! But it made me wish there was a team in Tampa, I mean we already have the stadium downtown! It would be easy!”

“You idiot.” Barvin said. “You think I wouldn’t recognize you?” He threw a glass ashtray from his desk right at my forehead and it knocked me to the ground. He uncovered the hair on my forehead to reveal a glowing purple alien symbol.

“How the hell did you know?” I asked.

“I could read your neeno levels all the way from that football field out there.” He pointed out his office window to the high school football field next door. “Go Bee’s” read the end zone in bright grey and beige block-lettering. “I used to be a time jumper,” said Barvin, as he calmly reclined in his office chair, plopping his feet onto his desk. ‘THUNK, THUNK,’ went his large feet banging down onto the top of his desk, dirt from the bottom of his shoes dropping onto meaningless papers scattered around. “I refuse to tell you where the glaxy crystals are.” Barvin muttered.

He read my mind, I was wondering where he hid the glaxy crystals.

“I don’t care where they are, those mean nothing to me,” I said.

“You’re lying, I can read your mind.” He said. “Let’s just be honest here,” he continued. “We’ve both seen the many futures of Tampa, and we all know how big of a failure the Tampa NBA team was in those few universes that went through with the God-awful idea. They just don’t get the attendance! The city doesn’t rally around them!”

I dropped to my knees and blasted Barvin wide open with a space weapon, exposing his sparkly blue innards, petrifying him, and collapsing him into a dense pile of matter.

“Never doubt Tampa,” I said as my space weapon smoked from the barrel. I stood alone in Krett Barvin’s office now, processing the carnage that took place. Suddenly I got a call on my space-phone. It’s was my boss.

“Hey Boss!” I answered enthusiastically. “What’s that boss? You think maybe basketball is only popular right now because it’s the NBA finals? You don’t think people will care about the NBA a couple days from now? I hate to disagree boss but, hello? Hello?” The boss hung up on me when he heard “disagree,” leaving me to fend for myself once again. “What do we do from here Petro?” I say, summoning the indigo smoke ghost from my back satchel pouch who slowly lingered up around me before forming the light outline of a face.

“How did I know you were going to say that?” I chuckled.

I placed a time jump pad on the ground and fired up the reverse-osmosis water machine required to power it. “Another day, another space monster who doubts Tampa’s ability to host a professional basketball team. Some things never change.” I put my sunglasses on and a single tear rolled out from under the one closest to the camera.