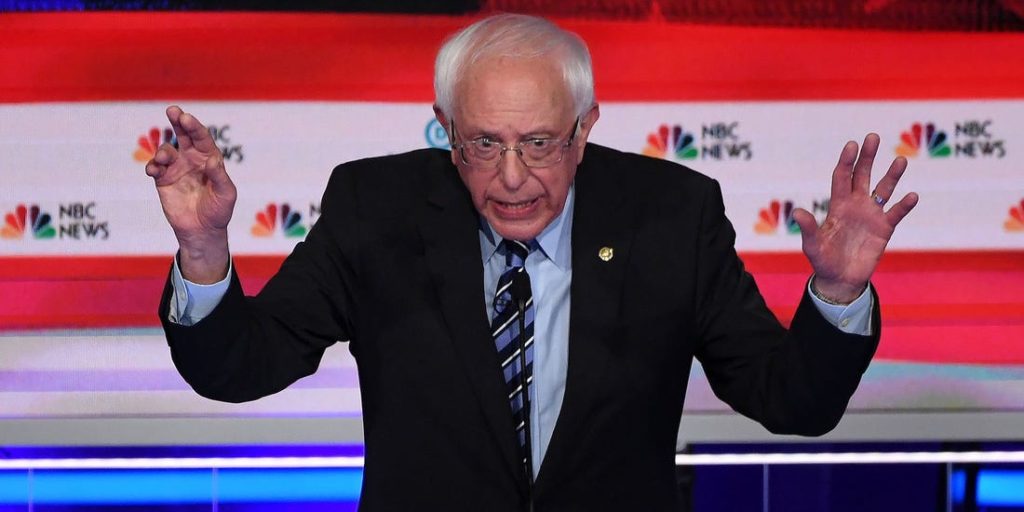 “Just Kidding” Bernie said, running out of a metro bathroom trying to catch a train.

“I dropped out because I was getting death threats from people who have the ability to kill me with impunity, however, after I saw the reaction of my fans on social media, I think it will be worth assassination to just win this race the fair way, then be taken out by our corporate overlords.” Sanders said.

The undropping out of Sanders has shaken the political world, especially because of his open and honest, brash, tone towards his death threats and current situation.

“I had already began developing the campaign for Joe Exotic’s second presidential run, but once I heard Bernie came back, I went back to being his campaign manager.” Said Bunkie Archer, Sanders’ former and newly reinstate campaign manager.

“It’s crazy that he’s saying all the stuff he is now that he’s not afraid to die.” Archer continued.

“Now that he knows it’s only a matter of time before he’s publicly neutralized, he has no problem sharing government secrets to the world, despite people’s lament knowledge of how things work, potentially causing mass panic and violent uprisings.” Archer claimed.

“Yea, I don’t give a fuck about nothin’ no more.” Sanders said.

“Ya’ll gonna have to kill me in the White House, I don’t give a shit.” He shouted to the empty street in front of us, taunting fate to come for his life.

“I couldn’t leave the world in the hands of either Trump or the other guy on the democratic side who was friends with the black president.” Sanders said.

“The elites stopped providing me with their miracle meds that keep you mentally sharp and healthy, now I’ve been reduced to Tylenol PM, because that’s the only one I could find in the cupboard, and it’s definitely not as potent as the secret stuff I was taking before. I’ve definitely lost a few steps.” Sanders joked.

“It’s ok thought, humans are resilient and good things will happen for humanity!” Sanders then clutched his chest and fell down, and a man a hundred yards away on a cell phone nodded his head then sprinted towards a lifted bright red Jeep which peeled off the second he jumped in.