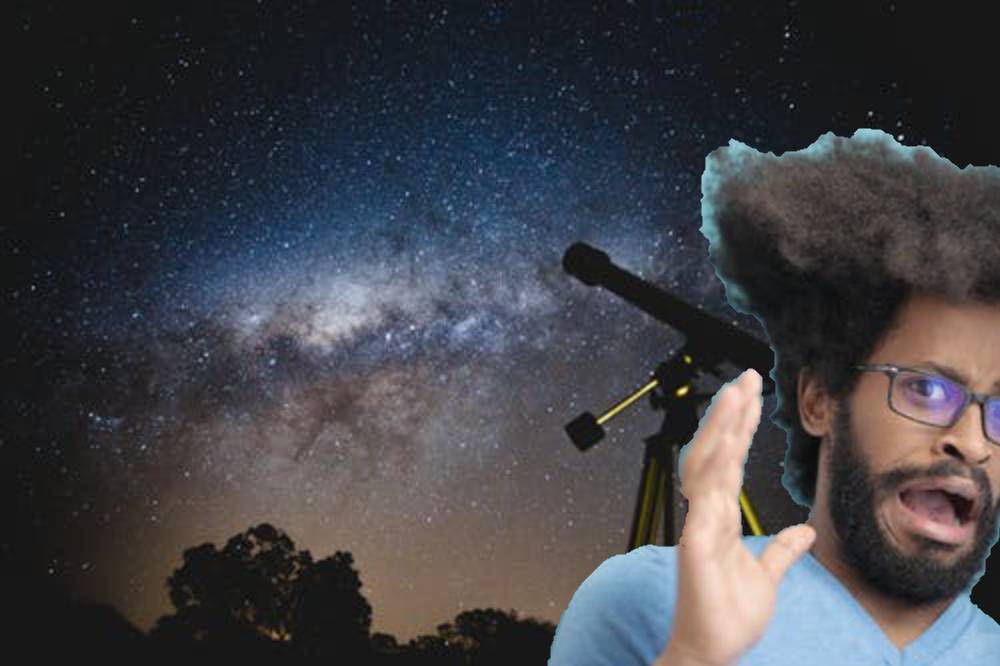 USF astronomer Dr. Jarod Gleetz has made an incredible discovery but is being totally ignored by colleagues in the scientific community.

“It’s an asteroid, roughly the size of Africa”, he says. “The trajectory is still undetermined but it is an imminent threat to earth.”

“Direct impact is a possibility, although I have yet to determine how likely. But even a ‘near miss’ by millions of miles would have a catastrophic impact on the earth. Tsunamis, magnetic pulses, possibly altering the speed of the rotation of the planet itself which could affect gravity. Millions will die,”, Gleetz says.

“I’m sure whatever Dr. Gleetz is working on is VERY interesting; it’s just that we’re trying to save lives here, you know?”, says Tamber Smedding, Dean of Science at Hillsborough Community College. “We’ll all look at the moon or the constellation shaped like a kitty or whatever he’s all worked up about later.” His administrative assistant chimed in, “Hey, let us know if he finds Darth Vader. That breathing apparatus of his could come in handy”, as they laughed and virtually high-fived from across the office.

“Currently, the asteroid is very far away, several years from reaching our atmosphere. There are practical measures that can be taken but we have to begin acting immediately”, Gleetz says. “Also, it’s emitting a weird radiation that will raise the undead, turning them into flesh-eating zombies.”

“I met Dr. Gleetz once, at a conference in Tallahassee,” says USF grad student Kaiti Phlunt. “His nails were gross. I doubt he washes his hands even once a day. I have no interest in violating social distancing guidelines to hear what he has to say.”

← Bernie Sanders undrops out of the presidential raceCoronavirus dies from Coronavirus →