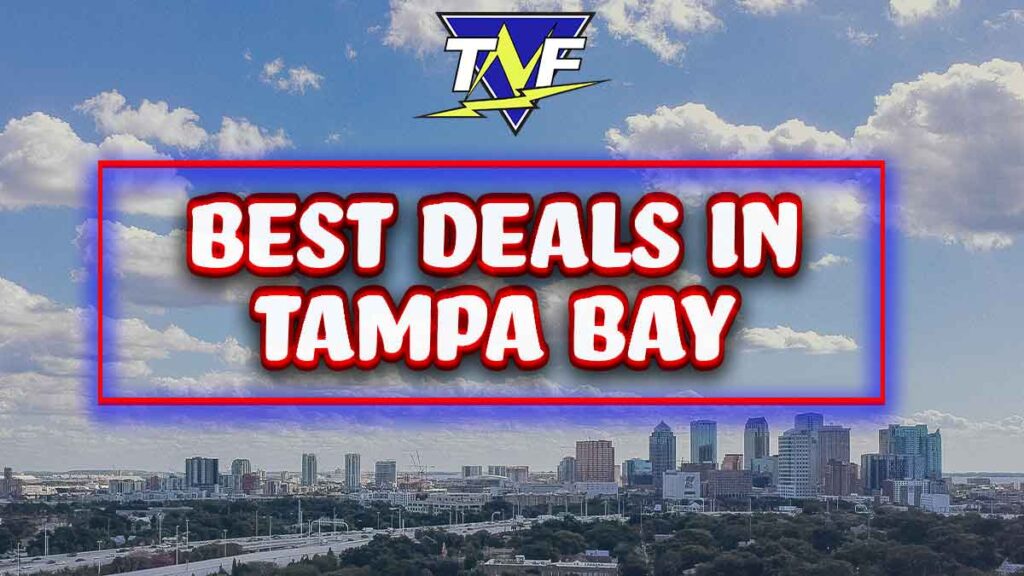 The deals at the Seminole Hard Rock Casino are some of the best in town. They deal black jack, poker, Pai Gow, War, and dozens of other card games. When it comes to deals, you will struggle to find another location in Tampa where this many deals are all happening at the same time. At any given moment, there may be 50-100 deals going on at the same time. Maybe even more than 100. If you’re looking for deals, this is one of your best options.

The Spring on Willow avenue of Kennedy in South Tampa has some of the finest deals in the area. Not only can you donate clothing here as tax write-offs, you can also serve out your court ordered community service here. I got in trouble for underage drinking at 19, and I was punished for 60 hours of community service, and I was allowed to do them here at the Spring Thrift Store. The staff was nice to me, and the clothes weren’t too dirty when people dropped them off. Most people were cool about not donating dirty, dingy items, so everything you see on the floor is in relatively good, sanitary condition. It’s easy to drop off clothes, and it’s easy to go shopping. A 10/10 when it comes to deals.

3. Sunoco on Nebraska and Columbus

At this location you can buy a new pair of shoes, a karaoke machine, picked eggs, cheesecake, a grinder that looks like the barrel of a magnum hand gun, brass knuckles with a taser function, chips! There’s so many deals in this place, if you can make it past the caravan of panhandlers out front you’re in for a world of deals. This was the closest gas station to my house. Homeless people gather there because it’s the closest business to the Trinity Cafe which serves them food every day, so between meals they’ve found it most convenient to stay close by, so some just sit and stay put near the cafe, others walk a couple blocks in either direction, and a healthy portion of them split packages of synthetic weed which knock them out until the next meal. This is a metaphysical deal as far as your maximizing your sustenance on the lowest budget. You’re still alive, barely, but your overhead is very low. This is a deal on many levels, you’re minimally involved in the governing system and you tend to remain a minuscule burden on society. I’ve personally indulged, sharing a beer with a hobo at a bus stop, you can watch the interaction on the Hurricane Irma episode of Tampa News Force. Also you can learn about the synthetic weed use in the Spice Epidemic episode of Tampa News Force

Any church will do. At church you can worship God and get into heaven. Talk about a deal! All you need to do is believe there’s a higher power omnipotent force, and you’re allowed to live eternity in peace and pleasure! It literally doesn’t get any better than this. You trade time and thought for unlimited love. I don’t even know what you could compare to that! But it’s only #2 on the list so that does mean that there is one deal better in Tampa than the deal of heaven for faith.

I get a cheesesteak from the Salem’s on Nebraska at least twice a week, and it’s the only semi-fast food I can eat that doesn’t make me feel sick. Every other item you buy from a fast food restaurant will make you feel some sort of negative effect afterwards whether it’s fatigue or nausea. The cheesesteak from the Nebraska location Salem’s makes me feel nothing but joy and fullfilled-ness. I feel strong and happy after I eat one of these. Powerful, like I can conquer anything in the world! If you go through the drive-through say hi to Zee and Mustafa for me. They’re great! They always know exactly what I’m going to order and they’re always very upbeat and pleasant. Definitely tip extra, because this is the best deal in Tampa.