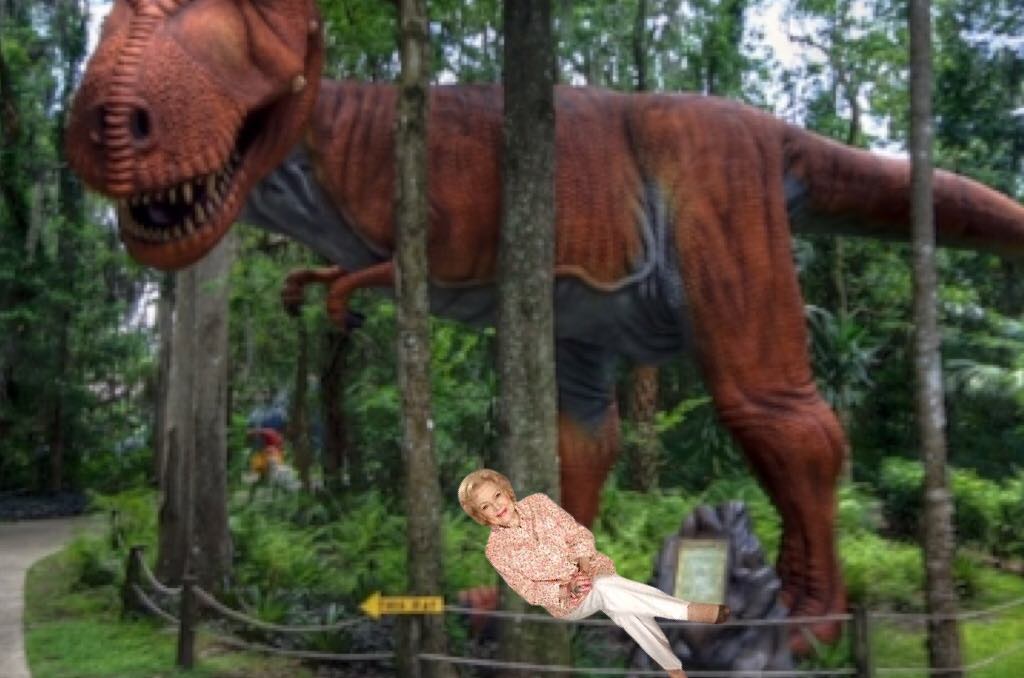 Dinosaur World in Plant City has gotten a new attraction, as the corpse of former actress Betty White has been stuffed and prominently featured amongst the dinosaurs at Dinosaur World.

“Well it was actually a case of a Storage-Wars-style interaction gone awry, as we were originally betting on an unopened storage unit, however the coffin of Betty White was momentarily placed next to the unity, and due to specific laws on items placed in close proximity to newly purchased unopened storage units, we ended up with this new item.” Said Dino Sore, owner and operator of Dinosaur World.

“Her family was upset at first, but we agreed to let them in on a cut of ticket sales in regard to her pull, so for every $5 we make off people coming to visit Betty, 50 cents is given back to her family. So we think that’s more than fair, and a nice way for her family to continue collecting income after her departure.”

Betty’s body will be placed in a location which can be seen from I-4, likely to draw a new audience of park-goers.

“Yea, I’ve never been to Dinosaur World, but when I heard they had the corpse of a comedic icon, I paid the cover and came to check it out. It’s morbid, but exciting!” Said Brenda Sorus, a resident of Polk County who came to Plant City to see the new attraction.

“Leaving her in the sun definitely brings a new set of precautions we need to take to make sure her skin stays pristine in the afterlife and while she serves her time on our lot.” Sore carefully explained.

We’re planning on keeping her for a while, until eventually trying to broker a deal, or at least an exchange, for Walt Disney’s frozen head. We would really love to display that but,” Then Sore sighed, “One can only dream.”

(Also, that’s why conspiracy theorists believe Disney named those movies “Frozen”, so when you google “Frozen Disney” It does not reveal anything about the fact that he is actually frozen, and only the fact that numerous popular animated movies exist in that same category of words. Is Walt Disney even really frozen? Maybe that’s made up too. You look it up! I’ve done enough work here.)

← Why aren’t we Ice Bucket Challenging COVID?Tampa to Close Ybor City at 10 PM →