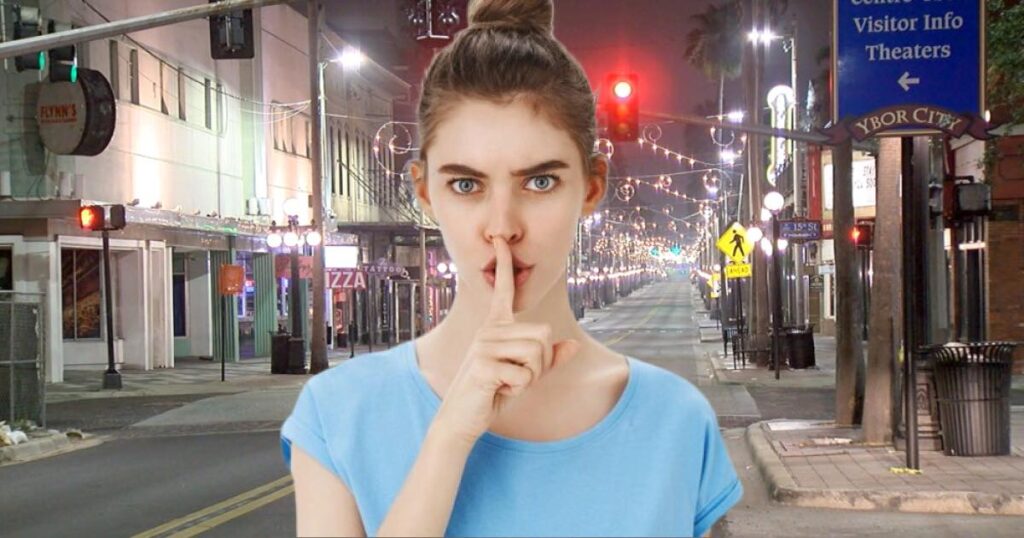 To help new wealthy residents get eight hours of sleep, the Tampa Government announced it will shut down its notorious party district at 10 PM every night.

“I love the culture of Ybor City,” said Sharron Nellie, pronouncing Ybor as ‘Why-bor’, “The only thing I don’t like is that it’s just so noisy after 10 PM.”

Since moving to an apartment on 7th Avenue in the summer of 2021, Nellie has called the Tampa Police non-emergency line a record 347 times to file complaints.

“Every time I try to go to bed, I’m woken up by thousands of drunk people having a good time, and I am sick of it!” Nellie cried.

During a tense Tampa City Council meeting, city officials were forced to listen to Nellie screech about the noise level in the party district for over 45 minutes. After being worn down, the largely useless council members voted to shut down Ybor City after 10 PM so that they wouldn’t have to deal with Nellie anymore.

“She really wore us down,” said Tampa City Council member and Stacy Whiteman. “All I wanted to do was go home and suck on the toes of my real doll and this lady was keeping me from that.”

The new ordinance is effective immediately and Ybor City small business owner patrons have been encouraged to find other alternative venues for their late-night debauchery.