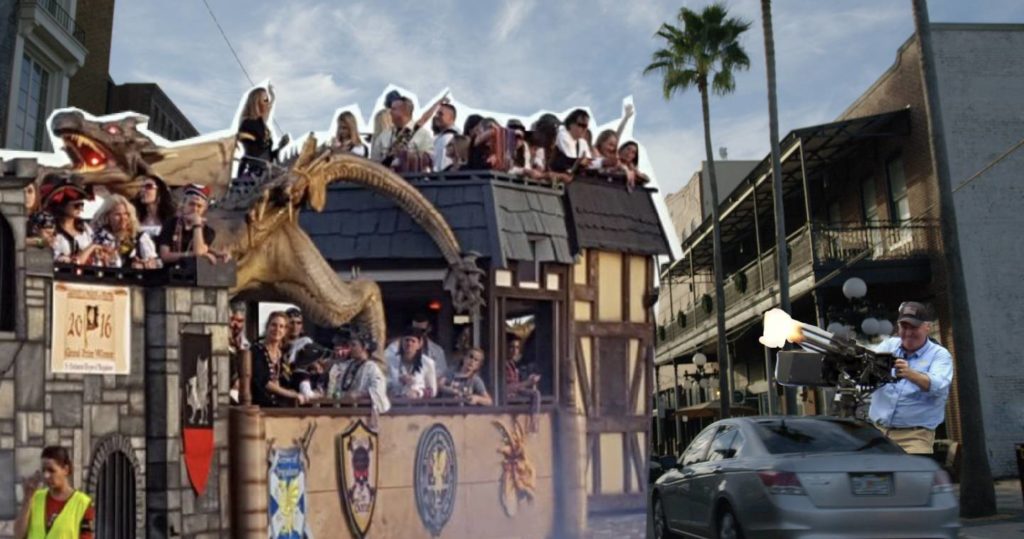 “Gasparilla was a disaster,” a distressed Buckhorn said. “The pirate ship came right into Tampa Bay, just like it has for 115 years. Nobody put up a real defense. Other boats surrounded the ship, but they just got drunk and took embarrassing photos for Instagram that will shame their children for years to come. I had no choice but to give up the key to the city. This is unacceptable and it won’t happen again.”

Buckhorn unveiled plans for a hearty defense of Ybor City for the Sant Yago Knight Parade in February. Plans include a pre-dawn raid to arrest the pirates, who are believed to be accountants and lawyers dressing up in costumes to pretend they’re still young and relevant. Most will be charged with piracy, sedition and violation of Tampa’s ordinance prohibiting open containers of alcohol.

Buckhorn will also enlist air support from MacDill Air Force Base, and is confident they can take out the first few floats early. This strategy should create a logjam of loud, obnoxious businessmen with nowhere to go. They are expected to leave peacefully and seek out their mistresses, before eventually going home to their wives.

Buckhorn plans to stay on top of the action by creating a war room upstairs at The Castle, where he’ll receive constant updates in between songs by The Cure, New Order and that band your older sister liked a long time ago but you can’t remember the name.

“This year will be different. Tampa will defend herself to the fullest,” Buckhorn pledged. As an incentive to get residents involved in the battle, the mayor is designating nine parking spots free for the entire evening. The rest will be $50.