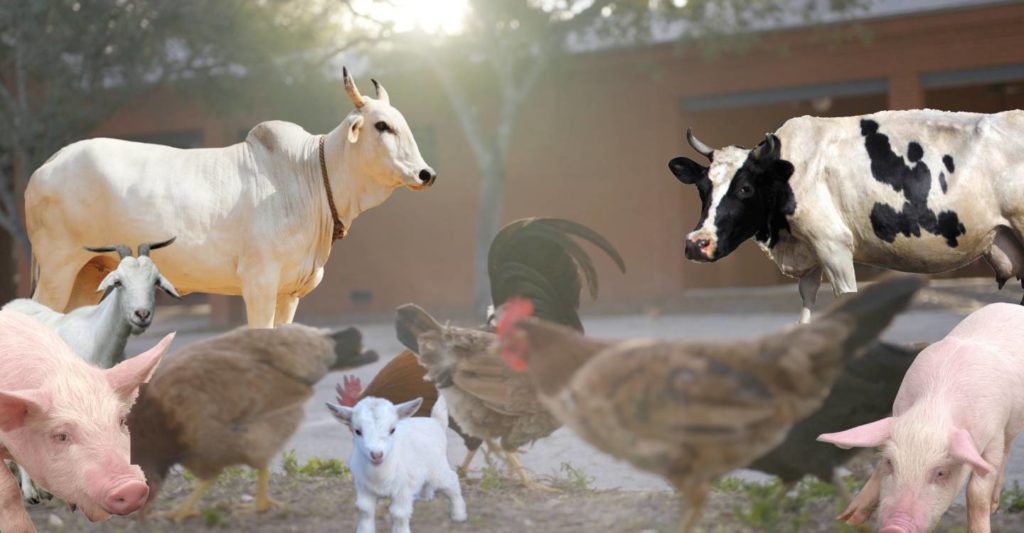 Richard Jimenez Park, in Ybor City, famously known as “Chicken Park” by the locals, will now home more than just our fowl friends. As of Monday, they will now be home to over a dozen new farm animals included in a new bill recently passed by local government. “Ducks, Cats, Aardvarks, Lamas, Large Rodents” to name a few.

“It really blesses my heart.” Says Marina, a woman wearing a tie-dye bandana and overalls. “I work at one of the 35 cuban shops down the street” She points that way. “I come to the park on my lunch break, where I bring my personal cuban press, and I watch the chickens feed and fight and it’s always calmed me before my 16-hour-shift.” She takes a drag from her dab-rig. “Now I’ll have a whole bunch more friends to hang out with!” A large plume of smoke leaves her mouth.

“I think it’s absolutely ridiculous.” Says Lisa Stone as she briskly walks in her heels, looking at us over her shoulder holding her phone in the other hand. “I hate the chickens clogging up the streets and traffic, and they peck the garbage, and I need to get to work!” She flicks me off.

The city will need to hire 5 new animal tenders as part of the new urban-farm development-concept. They plan to hold auditions in a reality TV-style competition, where competitors will do degrading things to prove how badly they want to look after the Ybor animals.

“If the project goes well, we’re looking at even more options.” Says Urban Development Chariman, Keith Urban. “Sure, we’re letting in a dozen-plus animals now, but if this goes well, we’re talking a one-to-one ration humans-to-animals. For every man on the street there will be a goat or a chicken and we’ll all achieve a natural ‘one-ness’ that we’ve been striving for, for so long!” He giggles with excitement. “If this thing works, we’ll never have to work again! Birds will pick up garbage, pigs will hunt for truffles, other animals will do equally beneficial things!” He takes his round-lens glasses off. “If this works… We might just be able to make it.” He twists his waxed mustache.

The city is urging citizens not to “mess with” the animals, however, when the lines get too long at the clubs, man and beast will be forced to clash once again.