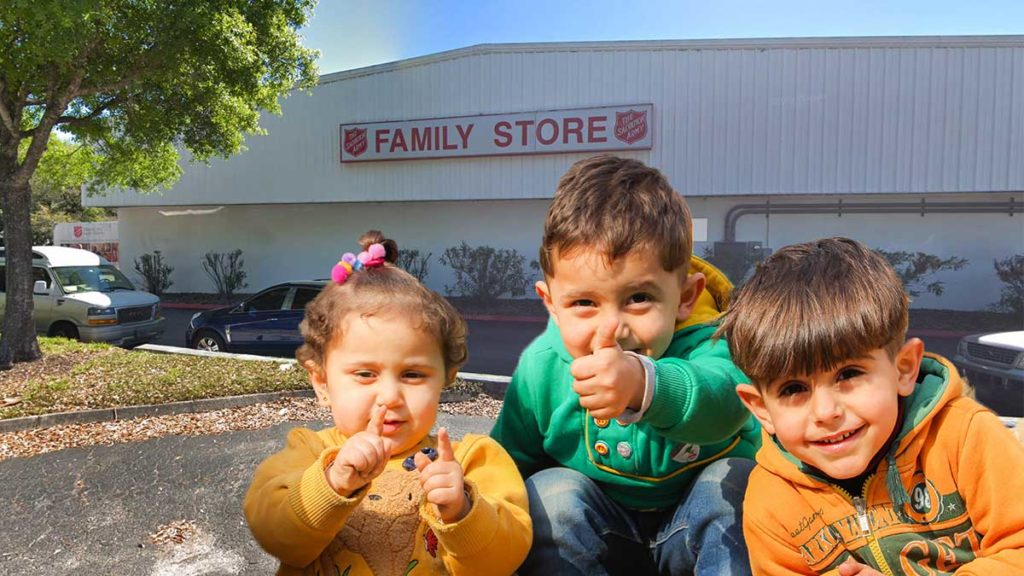 This past weekend, there was an adoption event at the Salvation Army Foster Care facility in Brandon. Dozens of children were listed on the website as “looking for their forever home.” The organization promised that all of the children offered were vaccinated, microchipped, and housebroken, with very few exceptions.

For a small rehoming fee, potential adoptive parents walked out with children who were stripped from the arms of an indigent mother or who were orphaned when their parents were sent back to be killed by cartels in their home country.

“There’s a lot of compassion in what we do here. Not a day goes by I don’t feel good about my work,” said Emma Desjean, a volunteer at the Salvation Army and an adoptive mother herself. “All of these kids deserve to be loved. There are no bad breeds, only bad parents.”

At the event, the children were kept in a mesh playpen where they climbed over each other to try to attract the attention of passersby. Several of them pushed a ball back and forth or tugged on a length of rope. Meanwhile, the older children stayed in the back of the pen and licked themselves.

“Look at that one! He’s up on his back legs!” said a woman as she leaned over the cage to pet one of the boys. “Does he do any tricks?”

“And what’s the little guy’s name?” the woman asked.

Desjean rifled through some paperwork, and replied, “Pindar.”

“He’s blond. Are you sure?” Asked the woman.

“Look, lady, his name is whatever you want it to be,” said Desjean. “If you got the cash.”

The woman picked up the blond boy, spun him around, and gazed into his eyes, “I’ll call you ‘Chrysanthemum’.” Then, she paid Desjean the $4,000 adoption fee and stuffed the boy formerly known as Pindar into her oversized Coach bag.

Unfortunately, several customers were turned away for unusual requests like having their adopted kid spayed or neutered.

“We’re not doing anything like that. These are children. That’s barbaric,” said Desjean, before picking up the phone to inform a customer that there were still a few circumcised boys and infant girls with pierced ears for sale.

However, anyone looking to adopt this year is out of luck. All of the inventory has either been bought or sent to a no-kill shelter, according to a press release from the organization.