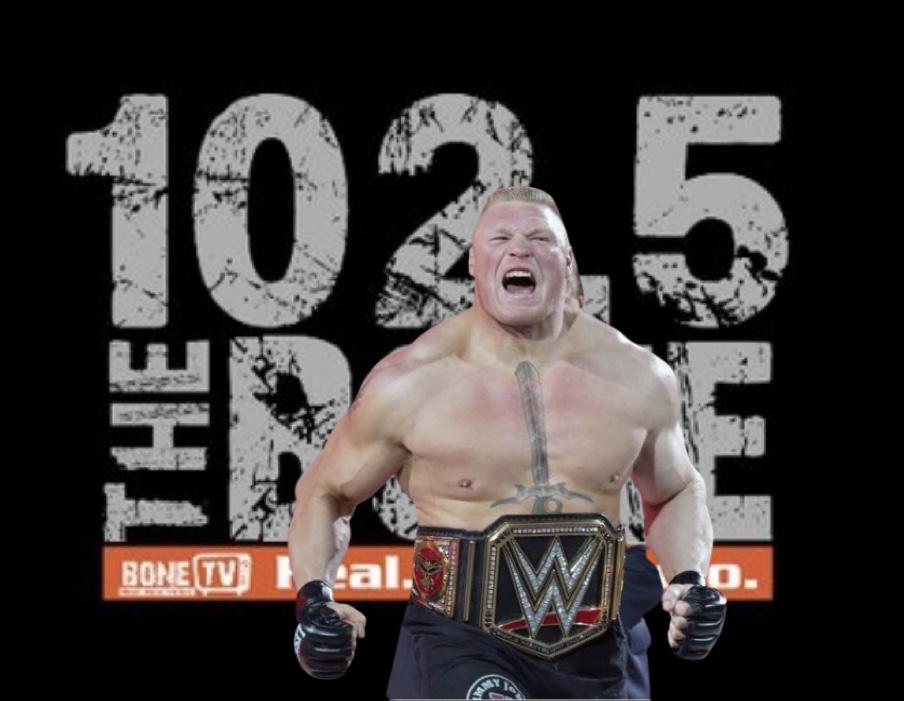 After being announced as a free agent and no longer contractually obligated to perform with the WWE, Brock Lesnar has accepted an offer to host a brand-new morning show on Tampa Bay FM Talk Radio Leaders, 102.5 The Bone.

“I’m Brock Lesnar and this Fall, every morning from 2 AM to 6 AM, listen to me!” Lesnar screamed before throwing a chair directly at my head, knocking me out cold.  While I was passed out, Lesnar continued his rampage by suplexing me eight times in quick succession.

“One for every year of my deal BITCH!” Lesnar screamed before exiting the contract signing event that was being held in the parking lot of the Cox Media group building.

“It’s just two guys who like guy stuff,” said Valderrama, who wasn’t exactly sure who Brock Lesnar was.  “I love talking about guy stuff from 2 AM to 6 AM,” he said while sniffing his glass of wine really hard before continuing, “When I’m asleep, I feel most awake.”

Valderrama then explained that his contract allows Brock Lesnar to practice his wrestling on him during the broadcast.

“A lot of people in this state don’t understand our programming,” said Cox, who was smoking two cigars at the same time.  “I tell those people to go piss themselves. Smelly little wankers!”

Some 102.5 The Bone interns then gave us all cozies and Cox took off on a jetpack.