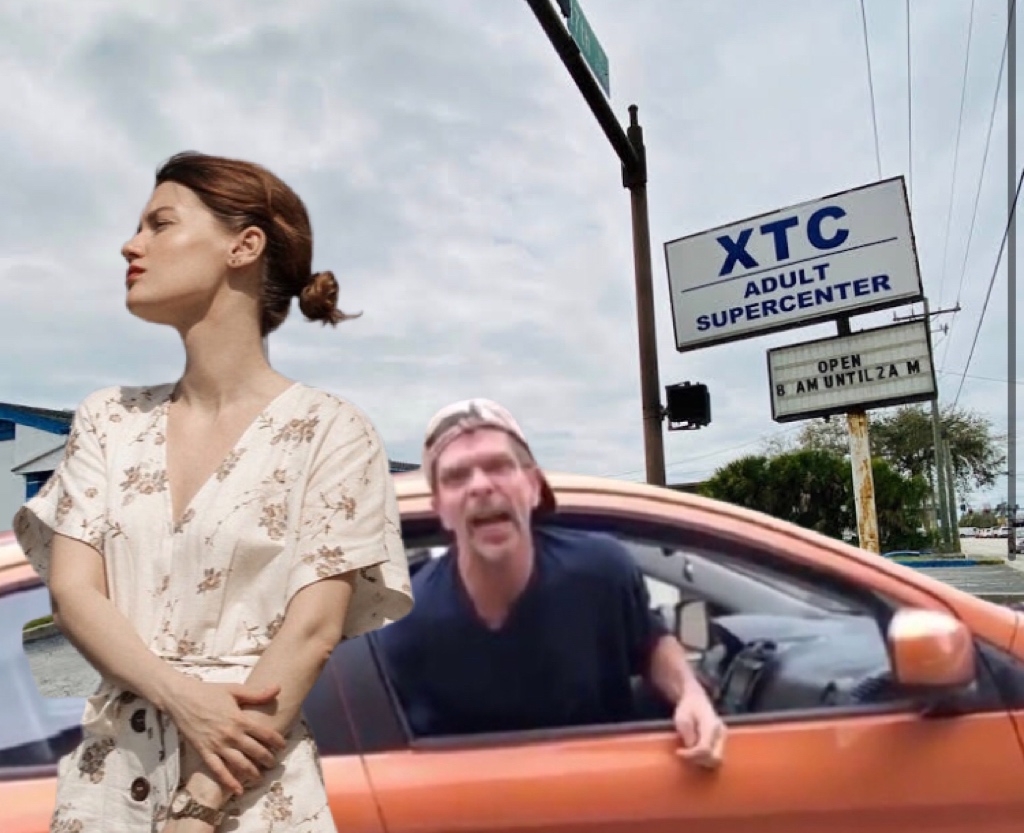 A woman was spotted walking down the street last Sunday at 1:30pm in Bradenton, FL.

“I was sitting at my favorite coffee shop when I thought, ‘You know what, maybe I’ll take a walk. I haven’t explored the other shops around here yet, and it’s nice outside.’” the alleged everyday woman told reporters.

As she walked through the downtown area, an older caucasian man of around 55 years old stopped her. “Hey, are you from around here?”

“Being a white woman in Florida wearing average clothing, I didn’t think I stood out much, so I wasn’t sure why he wanted to stop and talk to me.” The supposed non-ho female told us.

“Oh I’m from Kansas originally, but I’ve lived here for a few years now” she told the man.

“Ah alright, just something about you I thought maybe you were from Ireland or something” he explained.

“Oh okay, interesting” the sexy womanly-gendered person replied. “Hah I’ve never gotten that before” she continued, nervously searching for a way to end the conversation.

“Hey I noticed you haven’t shaved your legs in a while. That’s cool, I like that. My daughter does it that way.” the man said.

“At this point I realized I reminded him of his daughter”, the potential sleazy slimy slut told reporters. “At first I thought he wanted my number or something, but he must have just been making friendly conversation. It’s great to meet genuinely nice people.”

“How old is your daughter?” she asked.
“Oh pretty old now, I’ve been married a few times” the man stated.

“Well thanks for chatting, it was nice meeting you!” she said with a friendly smile, and started to walk away.

“Hey! So do you want to hang out later?” the man asked.

“When I told my friends about the situation, they said he probably thought I was a prostitute. ‘You can’t go walking outside like that, you being a woman and all!’, they warned me. I couldn’t believe it.” the feasible filthy hooker commented.

“And so you’re sure you weren’t looking to whore yourself out to a stranger after coffee that afternoon?” Our reporters asked.

“Not at all, I was just a person walking down the street. I wanted to check out the shops.”

It’s hard to believe a woman would have anything to do outside unless she’s a prostitute searching for clients, or at least an aspiring one. As a lot of men know, any woman who happens to cross their peripheral vision is most likely a whore, and likes being called one from across the street by passing strangers. We continue to investigate this puzzling case.