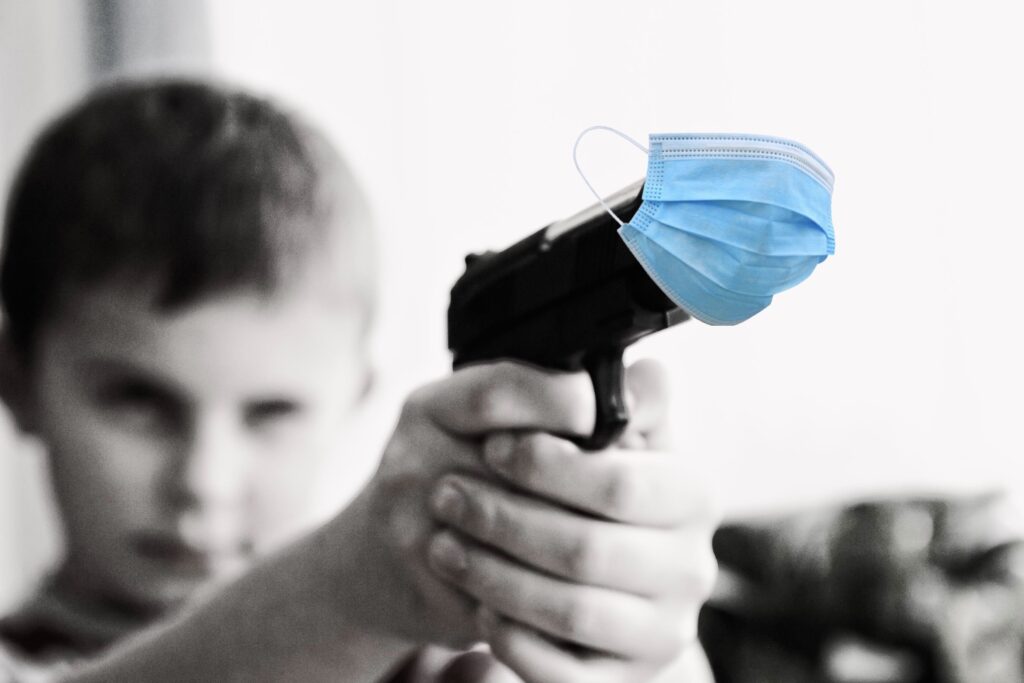 A new bill has been presented in congress which would require citizens to wear a mask while unconscious, including all sleep-related activities. The law would prevent any legal form of sleep without a mask on, even on vacations or in different countries.

“If you are a U.S. citizen you will have to wear a mask while you lay in your bed at all times, no matter what, fornication, travel, make-believe, it doesn’t matter. In an effort to combat the virus, we must require people to cover their mouths and noses at absolutely all times. Like one of those special frat pins for secret societies at the Ivy League schools.” Said Korvidge Dunson, Vice President Scientist at the Center for Disease Control.

Details inside the bill also contain such mandates as, “dogs will have to wear masks too, and cats if you can catch them.”

Protests have been taking place outside of government buildings with protestors claiming, “I don’t want to make my gun wear a mask!”

One of the other addendums in the piece of legislation would require firearms to wear masks at all times, as bullets can carry the virus, and god forbid something getting a bullet shot at it should catch the virus.

I mean I know I’m not supposed to put my own opinion in these news pieces, and I could potentially lose my job for this, but for Chris’ Sakes, I have to put a mask over my snub nose pistol? This is ridiculous! Listen I was fine with the mandate requiring us to wear covid condoms at all times, but I have to put masks over my faucets now? When will it be enough!

If this bill passes, I’m going to jump off the roof of the TNF building. I mean it. You can tell my bosses I wrote this, I don’t care anymore, if they fire me, big deal, there’s plenty of other fake news media outlets out there that would love to acquire me. I’m a legend in this industry and you can’t take that away from me. You can’t! Stop trying! You can’t take this! “You will never get this, you will never get this” (Borat voice)

Anyways, the bosses only read the first and the last paragraph of these stories so let me close out strong.

The CDC has numerous future bills it plans to introduce as well. Once they reach 1 million cases per day, to celebrate, the CDC is planning a fireworks show in the center of Wuhan, and giving out free illuminati conspiracy pamphlets.

“It’s great!” Dunson exclaimed. “The more nonsense people believe about this the better! The more confused and insecure everyone is, the easier it is for us to do whatever we want and continue to slowly take your freedoms one at a time before eventually you’re all on the Wall-E cruise, sitting your big round bodies in pods and getting shuffled from distraction to distraction. You’re gonna crap your pants while we force feed you Burger King while you watch a circus show! Bread & Circus! We will be opening very soon! The first space cruise line!” Dunson exacerbated.

“Sorry, maybe I wasn’t supposed to share all that, oops! Whatever I’ll be replaced, and I’ll get a pension ’til I die, is that really that bad?” He looked at me hoping for an actual response.

“Never mind.” He said, then he walked away.