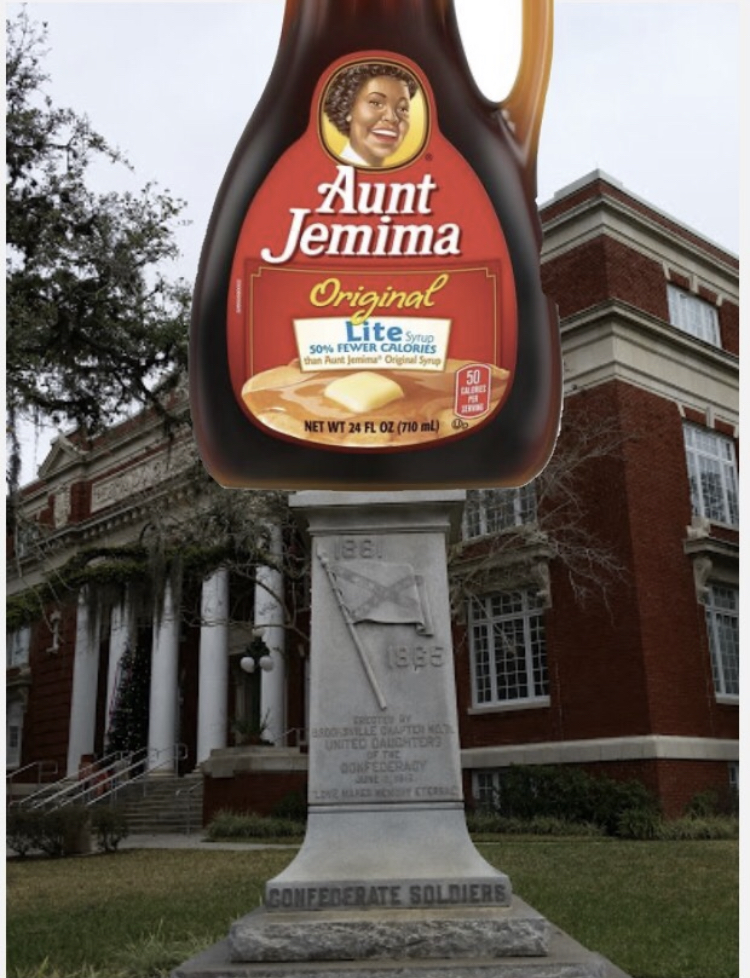 The City of Brooksville, (currently) named after a violently bigoted 19th century senator from South Carolina, is planning to unveil a new statue outside the county courthouse.

The statue, titled ‘Whew Chile’ was commissioned from sculptor Lee V’Mynameoutofthis and features elements specifically requested by the city council.

“We wanted a beautiful piece of public art that portrays a universally adored historical figure, who is a minority and a woman, that is associated with a genuine sweetness,” says Duboff. “And I have to say, I think we nailed it.”

He added, “we also asked for something that wouldn’t be flammable or easy to knock over.”

He went on to say, “Listen, we’re just a sleepy small town in the south, the kind of place where we sit on our porches in the evening, drinking lemonade and waving at some of our neighbors. Maybe we’re not as progressive as the cosmopolitan folks over in Pasco County, but when we have a chance to right a wrong, we do it. With a vengeance.”

“I honestly can’t see how anybody would have a problem with this monument,” he said in conclusion. “If they do, I guess we just don’t get it and probably never will.”

The statue is scheduled to be unveiled this Saturday afternoon at 2pm by a committee of civic dignitaries and destroyed later that night by a group of angry citizens.

← Trump Threatens Using Military on Citizens to Curb Out of Control VotingTeachers refuse to return to school; Hold selves hostage →