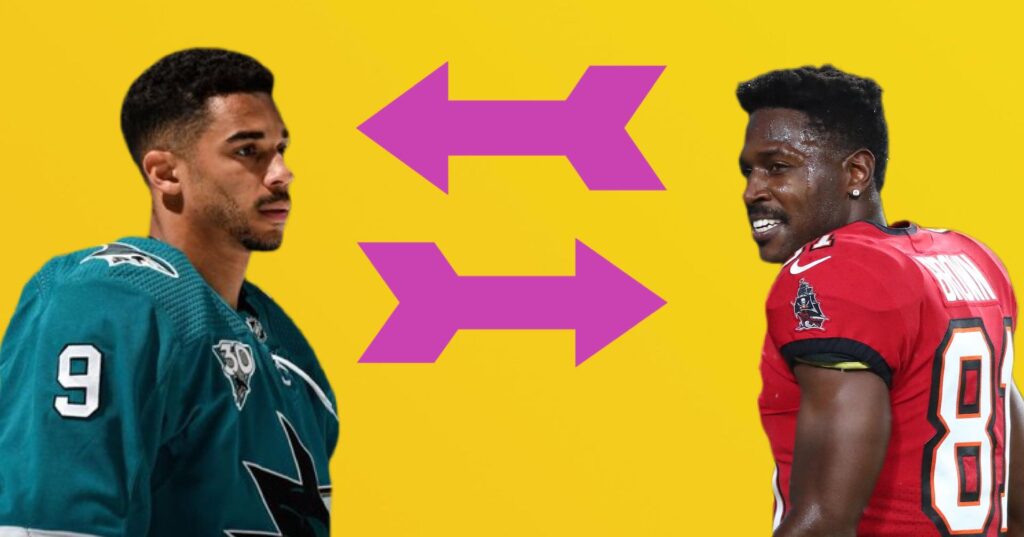 It is extremely unusual for players to be traded between franchises who play two different sports in two different leagues, but there is a clause in all pro league charters and their agreements with their player’s unions that allows two equally difficult-but-talented pains-in-the-ass to be exchanged for one another, regardless of other circumstances.

The only potential snag in the pending transaction between the Bucs and Sharks is the fact that both players have been released from their contracts by their respective former organizations, so those teams don’t actually hold the rights to Brown or Kane. But this is a fake news article so that particular detail is rendered irrelevant.

When asked what the immediate plan is for Kane coming to the Tampa Bay Area, Buccaneers General Manager Jason Licht said, “Beats me. Obviously, we have no need for a hockey player on our roster. I guess the Lightning can have him if they want him.”

Reached for comment, Tampa Bay Lightning General Manager Julien BriseBois said, “Oh no, you don’t. Leave us out of this nonsense.”