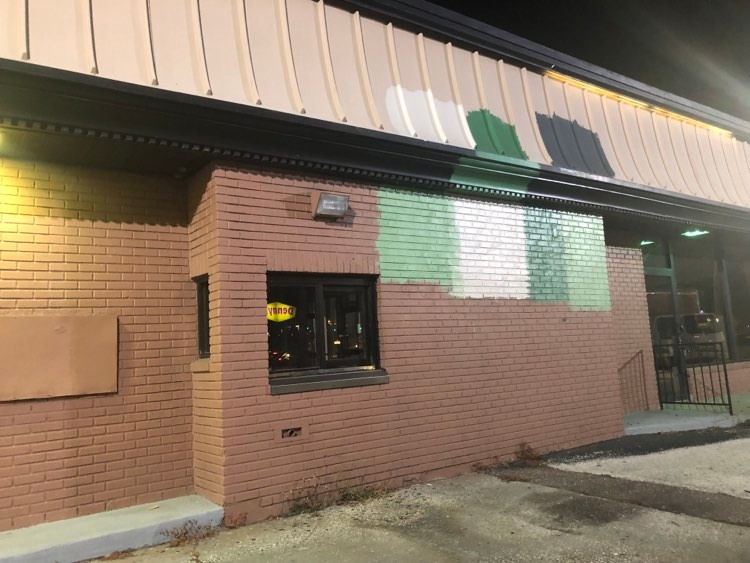 What looks like paint samples have appeared on the south wall of the abandoned Wendy’s at 2036 North Dale Mabry, indicating that it will be refurbished, repurposed and reopened to the public in the not too distant future, delighting local residents.

The old fast food hamburger place nestled between the Mons Venus strip club and a Denny’s has been vacant for, like five years or something.

“Such an important part of Tampa history. It’s good to see it coming back”, said Ned Huzer of Tampa. “It had a Super Bar! Remember those?”

“I had my first Frosty there”, recalled Mindy Gwindleman of Temple Terrace. “Or maybe it was at the one on Hillsborough and Himes. I’m not sure. But I probably had a Frosty from that one at some point. I do love a Frosty.”

“It’s practically next door to the Mons. I’ve eaten a lot of burgers there”, added Bill Hilly of Lutz. “At Wendy’s I mean! Ha ha ha! Well, the Mons too. But that’s different.”

“I remember the Super Bar”, said Nadine Collier of South Tampa. “Tacos, pasta and chocolate pudding. All you can eat! Those were the good old days, for sure.”

Meanwhile, the Jackson Rooming House, also known as Jackson House, a historic building downtown at 851 Zack Street remains dilapidated and dangerously close to collapsing. One of the only places in Tampa where black travelers could find lodging during segregation, the Jackson House played host to several prominent entertainers, including Count Basie, Cab Calloway, James Brown, Ella Fitzgerald, and Ray Charles. Acts such as these would come to play the nightclubs of Tampa’s black business district, which thrived nearby along Central Avenue until the 1960s. Estimates to save the structure exceed over $1 million dollars and there are currently no plans in place to save it.

“Yeah, well, did the Jackson House ever have a Super Bar?”, asked Dennis Pleep of Brandon rhetorically. “There you go.”

“I’ll bet it’s going to be a weed dispensary”, said Huzer, noting the green paint samples on the brick wall of the old Wendy’s, a site that provided cheap hamburgers to strip club patrons.