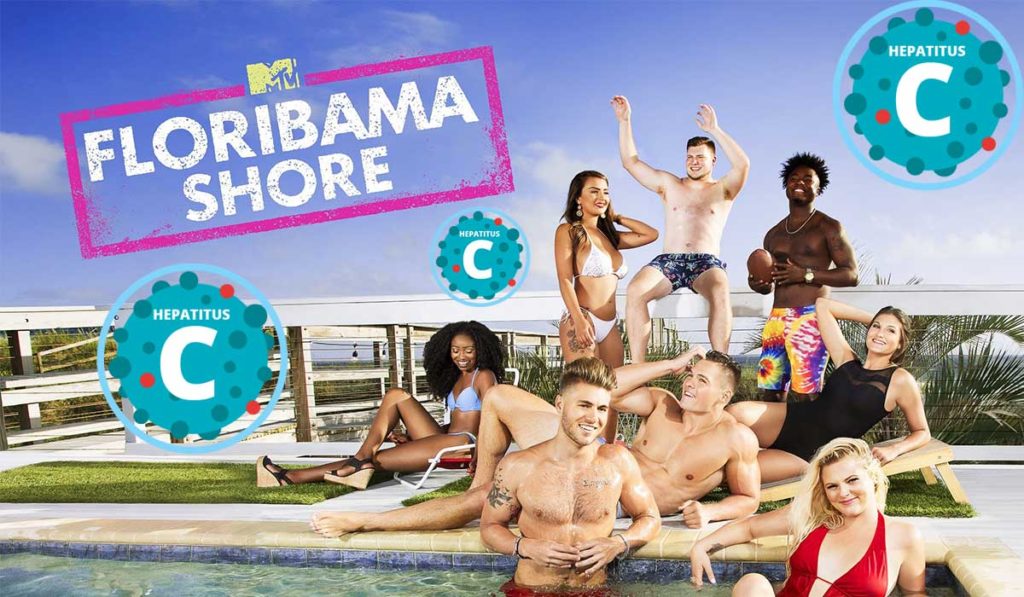 “They came into our shop to get 15 Hoagies and some clam dip, and they ended up eating lobster and ice cream and pizza. It turned into a food fight, then a physical fight, then they had sex, then they had sex with strangers, and they didn’t leave a tip,” said Roger Bistroni, owner of Bistronis Strombolis, a beach-side deli that the cast drunkenly stumbled into at 11:30 A.M.

Brent Strickland happened to be dining in the restaurant when the incident took place, “Yea, I was there with my girlfriend, and this group of ten, young hot trash fires walks in, they were already super wasted, and wreaked of unprotected sex, then within a few minutes it turned into a weird sexual food fight, then a couple cried then took shots and left. It was kind of entertaining.”

The cast is convinced that the infection was contracted by the food and not their own behavior. “I’m healthy as f**k and some dumb f**king deli or whatever isn’t going to tell me I’m not important, because I fought hard to become the person I am now, and I don’t want to be like the person I was before, I’m f**king changed, and if I see that deli or anyone who works for them again, I’m going to cause drama! I don’t want to, but it is what it is, and that’s just how it is!” Said an unnamed cast member whose identity we’re not allowed to release.

St. Pete residents have remained unfazed by the reality casts’ presence in their city. Pangia Greene, a 70-year-old woman who lives alone, is neighbors to the Floribama Shore house and she likes the excitement. “We haven’t had much action here since ‘Spring Breakers.’” She said. “I like to get lit, and an MTV reality show is exactly what we need. I know that the producers manipulate the cast to act more petty and dramatic than they really are through alcohol and false rumors, so I don’t take their behavior too seriously. I know they’re all reasonable people who are just in an intense, stressful situation with their lives being broadcast to millions. That would make anyone crazy!” She said with a smile. “I was actually on the first Real World, I had the first drunken sex scene on TV!” She tried to grab my tie but I drew back.

Whether the cast contracted Hep-C from Bistronis Strombolis, or their own behavior, will most likely never be determined as the county doesn’t want to investigate the situation. Also, it might just be a rumor. I got an email late one night from someone claiming to be an MTV producer saying, “The cast of Floribama Shore has Hep-C, run with it!”

Usually I don’t follow leads like that, but they sounded legit, and they said if I write an article about it they’ll put me back on TV.

As a former reality TV personality, I will do anything to be relevant and get back on TV, because that’s how you function if you were on reality TV.

If you don’t get back on TV, you get physically weak. Many former reality stars have completely disappeared and no one knows where they went. Last we heard they were working on a new app or becoming a DJ. Or they end up moving back to their hometown where they can still feel cool amongst all their old friends.

Anyways, subscribe to Tampa News Force and check out all my new projects!