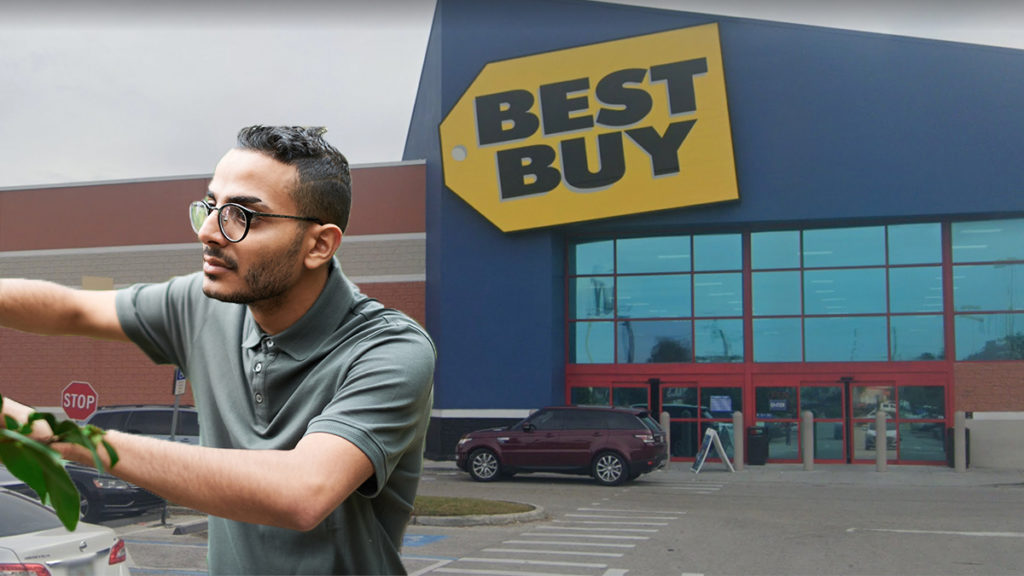 The Best Buy located on North Dale Mabry is officially the only structure in Tampa that is not located on top of an abandoned cemetery, studies concluded.

After a full infrared scan of Tampa, it was discovered that every single plot of land contained a forgotten cemetery, complete with caskets and corpses.

“It’s amazing, because normally bodies aren’t preserved this well,” Said Anthony Frenzia, Hillsborough County mortuary worker. “This is mummy-level embalming, and it looks like it’s happening literally under everyone’s feet.” He pointed at me, “You probably have a cemetery under your house! I’m telling you, when I got called to be on the board of development for this project, I never thought that Best Buy would be the only spot in town on pure land.” Frenzia flicked his toothpick with his tongue, in his mouth, flipping it over, “I mean it makes sense, you play that new Sonic video game? It’s totally pure! I’d snort it!” Frenzia made a snorting noise.

Tampa historians claim that the Best Buy plot of land is the only location without bodies buried beneath it because the town king used to live there, and the king was one of the only people privileged with the information that ghosts can, and will, haunt you if they’re buried beneath your feet, so he let the rest of his kingdom suffer while he would be the only one with peace-of-mind, however as we can all imagine, it must be hard to rule over a kingdom of people haunted by ghosts and have peace-of-mind.

The Best Buy is offering “ghost-free” promises on all of it’s sales now, capitalizing on the new trend of cemetery-fever. The city isn’t sure what it’s going to do about all of this, because it’s still focused on something bad that happened two years ago.

“We can only do so much, so quickly,” said the voicemail of city chairman Venica Keesha. “We need to try to fix the biggest wrongs first, then get to the other stuff, and sadly there were a lot of big-wrongs in the first place, so it may be years and year and years before we begin to address the issue of aliens underneath the earth.” Then the voicemail concluded, “If you did not know that the bodies were aliens, press 1 for me to elaborate on the alien narrative.”

I didn’t hit any buttons, and I hung up the phone.