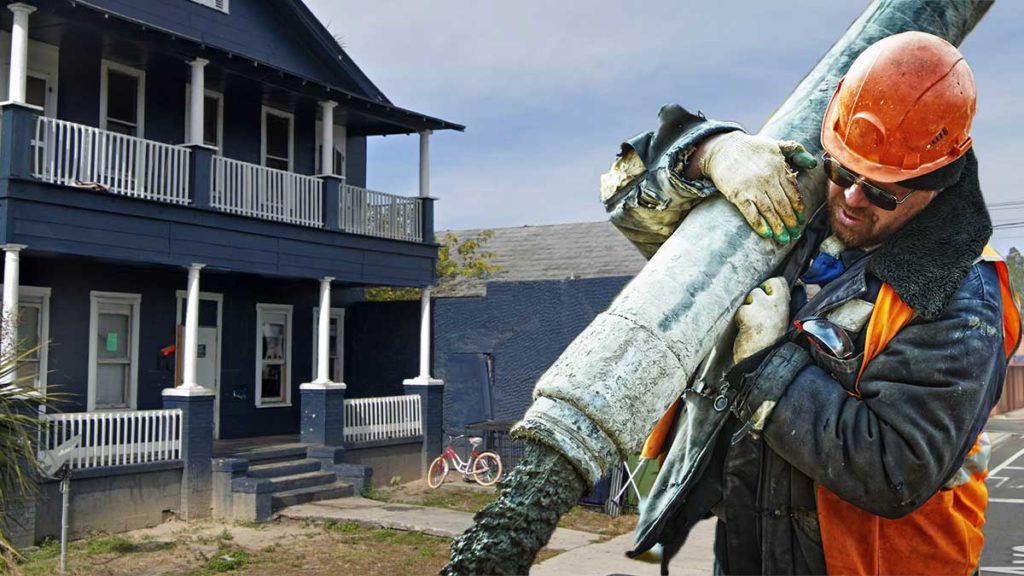 The infamous drug den that was shut down after police got tired of responding to calls in the area, is reopening its doors as one of the finest places to get some sleep in the city’s most well-known street.

“We’ve given this crack house one hell of makeover,” said project lead architect Uris Monglo while giving me a tour of the renovated building.  “Some of Tampa Bay’s elites who smoke crack used to frequent this building, sometimes multiple times a night.”

Monglo took me around the ground floor of the hotel which will open with an upscale eatery called Crackëry.  “Our head chef wanted to incorporate all the crack making appliances and use them to make some of the entrees on the menu.”

Suddenly a man who looked like he was high on crack came up behind me, scaring me.

“You got something I want,” the man said before I took off running towards the street.

I stopped to catch my breath before I heard a car screech and swerve off the street, hitting me and sending me flying back towards the hotel.  I crashed through a window and landed in the bed of one of the ground floor hotel rooms.

Monglo came running in and saw me screaming in pain. “Here smoke this it will make you feel better.” He said while handing me what looked like a crack pipe.

I took a hit from it and it gave me a boost of energy unlike any I had ever experienced.  Next thing I know, I was working in the Crackëry kitchen washing some dishes.  After clocking out I wandered home and laughed at the thought of anyone paying $400 a night to stay at that place.