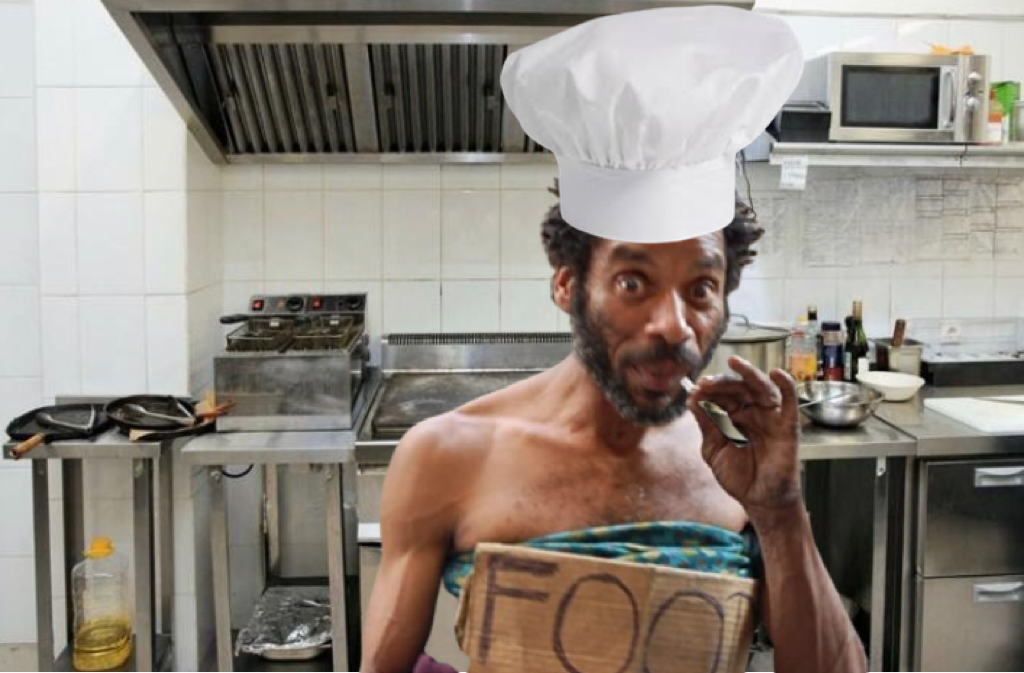 A crackhouse on Nebraska avenue has opened back up under provisions that it now has an operating kitchen that cooks other things besides crack. A full menu of basic dishes is available now including the “crack sandwich” which comes with crack sprinkled on the sandwich which doesn’t list it’s ingredients, based off appearance, eyewitnesses have confirmed that it consists of bread and “some sort of meat, it’s like a fish but it’s also slimy.”

The prices vary on the items sold based on the market value of the dishes being served and availability of resources.

The head chef of the new crackhouse kitchen is named Knife and he gave us a tour of the new space.

“Yea, I’ve got my cutting block over here, I roll stuff into dough and things you know, I just kind of do whatever needs to be done no matter what it is, and yea, I give people food if they want some, I sell it to them, and yea then that’s about it.” Knife said, then he got mad at something I couldn’t make out, and went into another room and made some noise.

The crackhouse kitchen hours are also TBD and updated every day, there is no set schedule for when it opens or closes, but there’s no lock on the entrance so technically anyone can enter or exit whenever they please.

They told us we weren’t allowed to give you the exact address on where the house is, but they said that you can, “Go down the street until you see the mural of the giant intergalactic chicken, take left until you see the big patch of grass, you’ll know what we mean, and go past that, then turn at the cobblestone arch.”