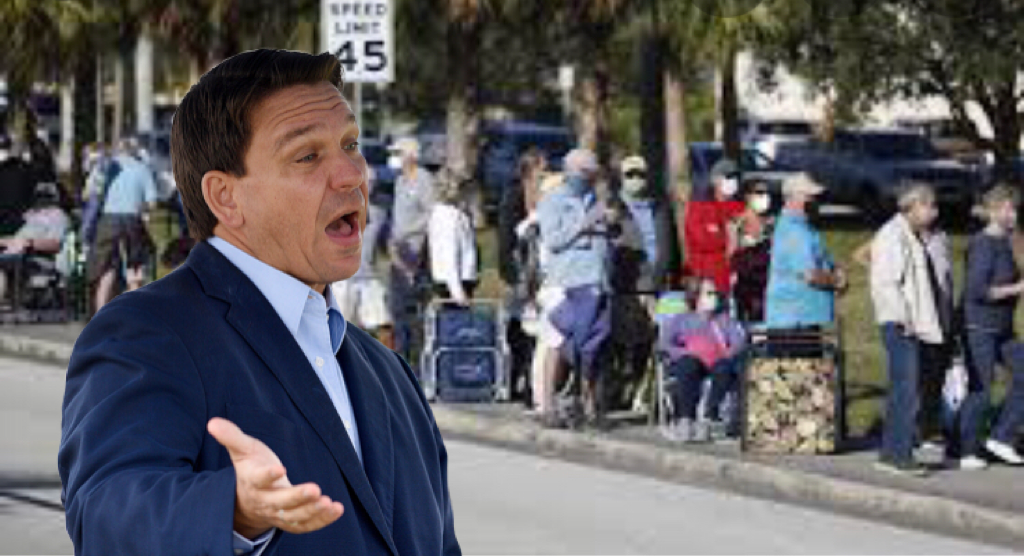 Florida Governor Ron DeSantis is reportedly open to poor people receiving the COVID-19 vaccine if they would just keep their goddamn mouths shut.

“Please, don’t say ‘poor’ people. I did not use that description. I never have and I never will, okay? It’s offensive”, he said. “I prefer to call them ‘not rich enough’.”

Manatee County officials and residents have criticized the placement of a “pop-up” clinic offering coveted coronavirus vaccines in the affluent housing development of Lakewood Ranch and for excluding residents in the rest of the county.

DeSantis responded to the complaints, saying, “If Manatee County doesn’t like us doing this, then we are totally fine with putting this in counties that want it. We’re totally happy to do that.”

Real estate developer and DeSantis campaign contributor Rex Jensen’s company built Lakewood Ranch. The deal to make that community the primary distribution point in the county was brokered in large part by Manatee County Commission Chair Vanessa Baugh, the owner of Vanessa Fine Jewelry, a store located in Lakewood Ranch, who took it upon herself to add her name and some wealthy pals to a VIP priority list.

Baugh, an elected public servant using a government email server bristled at the fact that the government email she wrote and sent had been made public. “I am devoted to the well-being of all Manatee County residents, not just the ones I like and this is not a VIP priority list, as the media keeps saying”, she said. “It was merely a request for preferential treatment for me and some of the Manatee County residents I favor over others, that’s all. Now who shared my email?!?”

“Oh wow, rich people using their wealth and influence to take advantage of a situation? Gee, that’s never happened before”, said Bradenton resident Reggie McFakename sarcastically. “Listen, everybody just needs to shut the fuck up so when they eventually finish vaccinating Commissioner Baugh and her DeSantis donor buddies, they let the rest of us have some of the leftovers and don’t just flush them down a toilet.”

He added, “Speaking of toilets, I think I’ll head over to Vanessa Fine Jewelry, ask to use the restroom and leave Madame Commissioner a nice and juicy upper decker.”