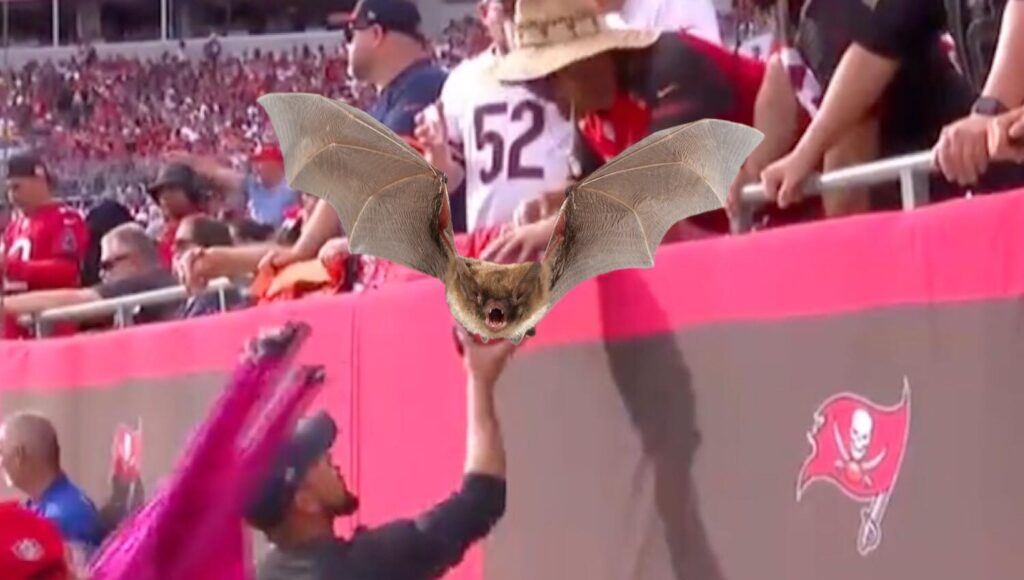 The Buccaneers fan who was inadvertently handed the ball after Tom Brady’s 600th career touchdown pass on Sunday is receiving a tremendous assortment of rare treasures in exchange for giving the ball back.

Byron Kennedy, a longtime Bucs fan was seated in the front row in the north end zone for Sunday’s 38-3 win over the Chicago Bears. With time winding down in the first quarter, Brady connected with wide receiver Mike Evans for a 9-yard touchdown reception to make the score 21-0. It was Brady’s second touchdown pass of the game and the 600th of his career, making him the first in NFL history to reach that milestone.

As is standard practice for Evans every time he catches a touchdown pass, he handed the ball to a random fan wearing an Evans jersey in the stands. In this case, that fan was Kennedy. At the time, Evans was unaware of the significance of the ball.

Mike Rivers, Buccaneers Vice President of Taking Stuff Away From Fans acted quickly to retrieve the historic keepsake and it was reported that Kennedy was given a different game ball and a $1000 gift certificate to the team’s merchandise store.

However, Tampa News Force has learned that he will be receiving much more than that.

“I told them that in addition to a game ball and the gift certificate, I also wanted the Wuhan bat, the exact one that started the pandemic. I didn’t expect them to agree, but I just wanted to see what I could get. I figured they would come back with a counter-offer and we’d go back-and-forth for a bit “, he said. “They didn’t even bat an eye. They said the bat was actually on site, a guest of PDQ owner Nick Reader up in one of the suites and that he’d be happy to give it up right then and there, along with some coupons for free PDQ milkshakes, to help the Bucs get the ball back. Turns out the bat’s name is ‘Bitey’ and he was a pet co-owned by Reader, Jim McVay, Ed Droste and Jon Gruden since 2020. Now he’s mine!”

Reader said, “It was no problem. We can afford to give up a diseased bat. People would be surprised what Jim, Ed, Jon and I share in our collection… well, they’re probably going to find out soon, when all of those emails are out. I should probably stop talking. Would you like a coupon for a free milkshake?”

“Once that request was granted so easily, I decided to ask for more”, Kennedy said. “And again, they agreed with basically no hesitation!”

As a result, Kennedy now is one of a very few elite individuals who knows who actually killed JFK and will attend a private concert some time next March as a guest of Tom Brady at Area 51, featuring the real Paul McCartney (who has been living at the military installation in Nevada since 1966), Tupac (his next door neighbor since 1996) and the Ark of the Covenant.