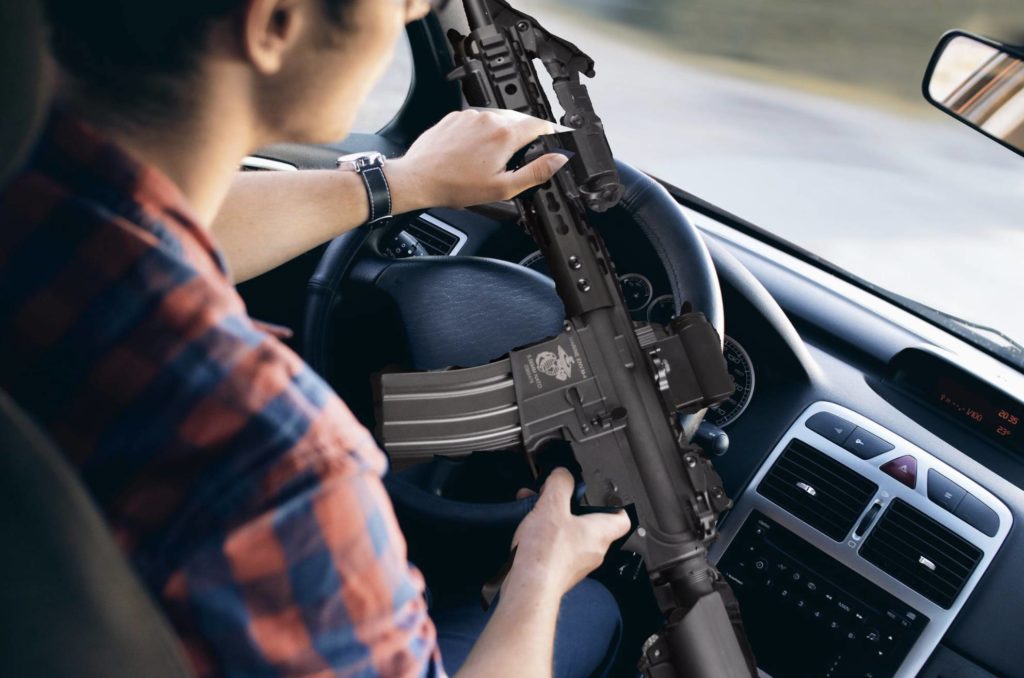 The Superintendent of the Hillsborough County School system has announced via email, that starting next semester, Drivers Education will officially be replaced with Concealed Carry permit classes and armed self defense classes.

A security guard is waiting on scene. “To my understanding, they’re going to be replacing drivers ed with gun classes because… Well you know why. We don’t need to talk about it, I don’t want to ‘trigger’ anyone.” The security guard does air quotes.  “They have me guard the buildings, I watch the kids. That’s really about all I’ll do.” He winks. “Just kidding, I love these kids… But not that much if you know what I mean, I have kids of my own! Ones I actually… Never mind.” He picks up his flashlight then heads the other direction.

Tabetha Angelina Grupetski, local activist and mother of four children currently attending Hillsborough schools, is torn. “On one hand, it’s absolutely disgusting that we live in a world where our children would need to be forced to learn gun training, but on the other hand, I’d like my child to make it past 16.” She drops a baby bottle and red wine pours onto her white leopard crocs. “What’s the point of learning driving skills if it’s not even guaranteed our kids make it to the age to drive? Huh? Tell me.” She starts pushing me. “Tell me what we do! Tell me!”

After waiting for Mrs. Grupetski to leave we get out of the bushes to see a child carjacking a teen at knifepoint. The child shouts something that sounds like Lil Pump lyrics, and the other child exits the car. The knife child then steals the car! However he has no idea what he’s doing behind the wheel and immediately slams into the Amscot attached to the school cafeteria. Before the child can get out of the car, 3 other children run up to immediately shoot that child. A teacher comes out and gives those 3 children an A. The security guard is spotted laughing in a corner.

To further deter any possible future gun incidences on school grounds, all gun shops within 10 miles of a school will be required to charge a 15% tax on all ammo sold to a child under 18.