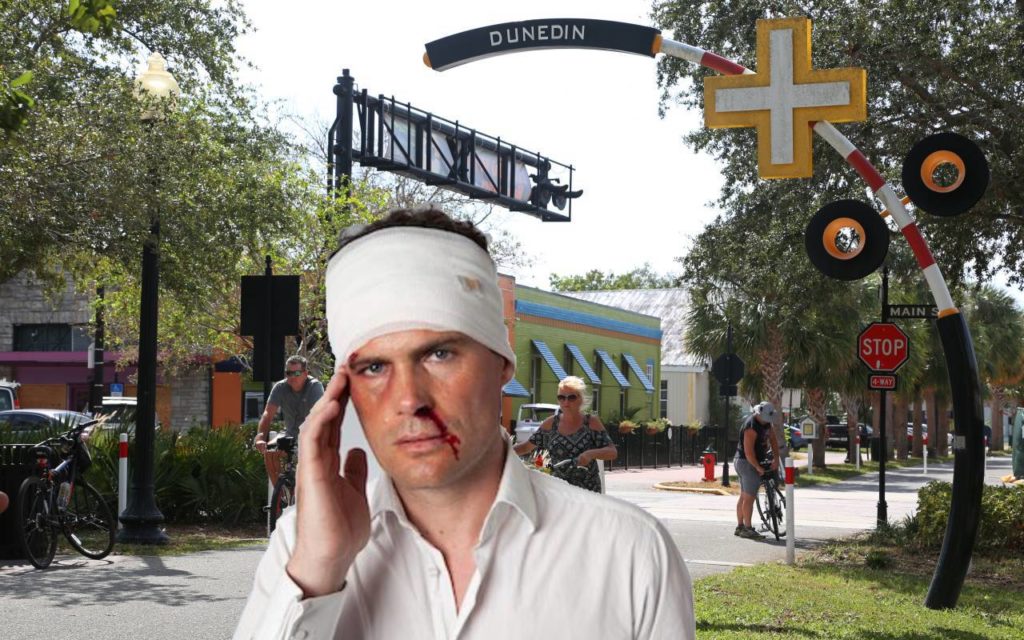 Jim Philfer of Dunedin was attacked upon exiting a public restroom by a mob of angry people because he didn’t wash his hands.

Philfer, a Rob Lowe-lookin’ motherfucker, says, “I was on a date, eating dinner at Casa Tina with this hot blonde whose name escapes me, and I excused myself to visit the men’s room because I was worried that my hair might not have been perfect. I popped in, checked myself out in the mirror and of course my hair looked great because it always does, so I came right back out.”

That’s when someone followed Philfer out of the men’s room and yelled, “Hey everybody, this son of a bitch didn’t wash his hands! Let’s get him!” Immediately, all the diners in the restaurant descended on Philfer, raining a flurry of fists, knees and elbows upon his head and torso.

“I was in the bathroom for less than 10 seconds! I didn’t have time to do anything that would make washing my hands necessary!”, says Philfer, who is still unreasonably attractive in spite of numerous bruises and contusions.

“As far as I’m concerned, this bastard was a bio-hazard terrorist, intent on nothing less than murdering an entire restaurant full of people who enjoy Tex-Mex, and that’s exactly how he was dealt with”, says Deandra Blanche, the woman that had accompanied Philfer to Casa Tina that night. “I’m not surprised he doesn’t remember my name. He’s a total douche. He deserves a beating for that alone.” She added, “I’d out with again though. I hope he calls me after he heals up. We’re both so hot.”

“Here’s what’s stupid about the whole thing”, says Philfer. “These idiots were mad at me for allegedly practicing poor hygiene and putting them at risk for getting sick yet they’re getting my blood and other bodily fluids all over them in the process of pounding my face in. Real smart, geniuses.”

Dennis Mumburg, another diner who was present that night said he was unaware that Philfer hadn’t washed his hands. “All I heard was ‘let’s get him'”, he says. “It’s not every day I get an invite to whoop a pretty boy’s ass.”