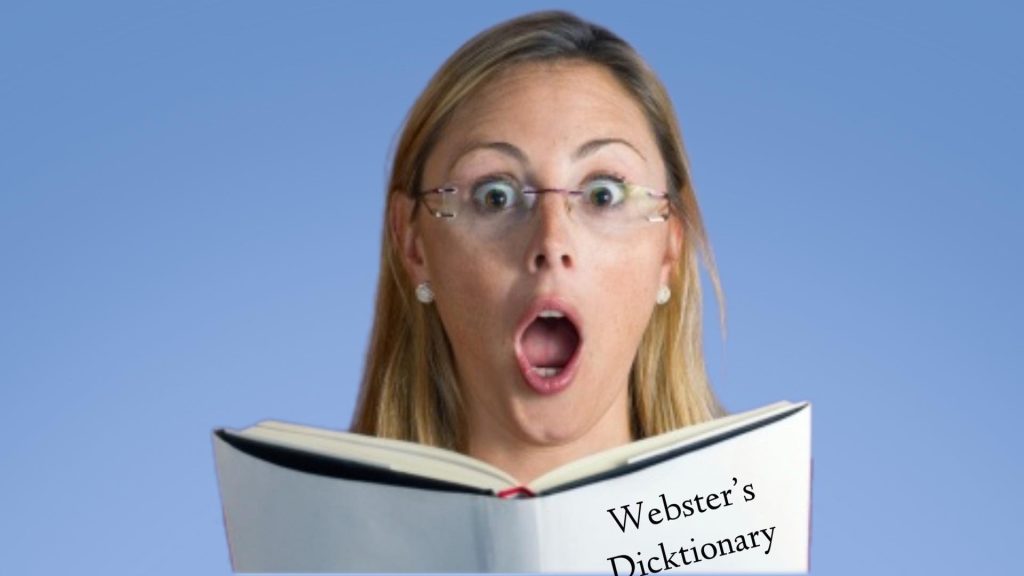 8 words have recently been removed from all dictionaries across the world in an effort to crackdown on hate speech.

“If these words are never taught, or acknowledged, people will not know how to be racist or hateful.” Said Miriam Webster, inventor of the first dictionary, and severed head living in a cryogenic freezer.

“People have become more hateful than ever, whether it’s ironic or not, and the only way we can slowly phase out this behavior is by taking words away that people use to be hateful. It’s genius.” Continued Webster.

Among the words being removed are, “f*ggot”, “c*nt”, “r*tard” and a few other ones I wasn’t able to remember.

Use of the words online or in person will become illegal effective immediately, and anyone who utters any of these now-forbidden words can face life in prison or even the death penally.

“People should be murdered for saying certain things,” said President Joe Biden in a speech delivered on the Clubhouse app.

“Oops, I wasn’t supposed to say that.” Retracted Biden.

“What I meant to say was, people need to face consequences for their actions.” Then President Biden fell asleep during the deliverance and could be heard audibly snoring on the app.

Some supporters of the new move have taken it a step further and have begun burning books in public squares.

“I think there’s way more words than just the 8 we’re taking out.” Said Sylvia Bensonworth, a 17-year-old protestor who was dropping books into a bonfire.

“Technically there’s 23,842 words that currently trigger people and could be considered micro aggressions, and I’m not going to sleep until all of those words have been eradicated from the human language.” Bensonworth said proudly, accidentally catching her pashmina on fire.

“F*cking f*ggot fire!” Bensonworth shouted in frustration to an air of silence among the crowd, followed by police arresting her for using the profanity.

“Tell my story!” Bensonworth pleaded as she was hauled off in a paddy wagon.

“Ok!” I said back, not really sure what she meant.

All old dictionaries that citizens do not want to burn can be donated to the government in exchange for a loaded hand gun, in a program being called “bullets for books.”

“We figure guns are the best tools to fight oppressors, so now if you hear someone use one of the banned words, you can blast them!” Smiled Hannah Dority, a volunteer for the program.