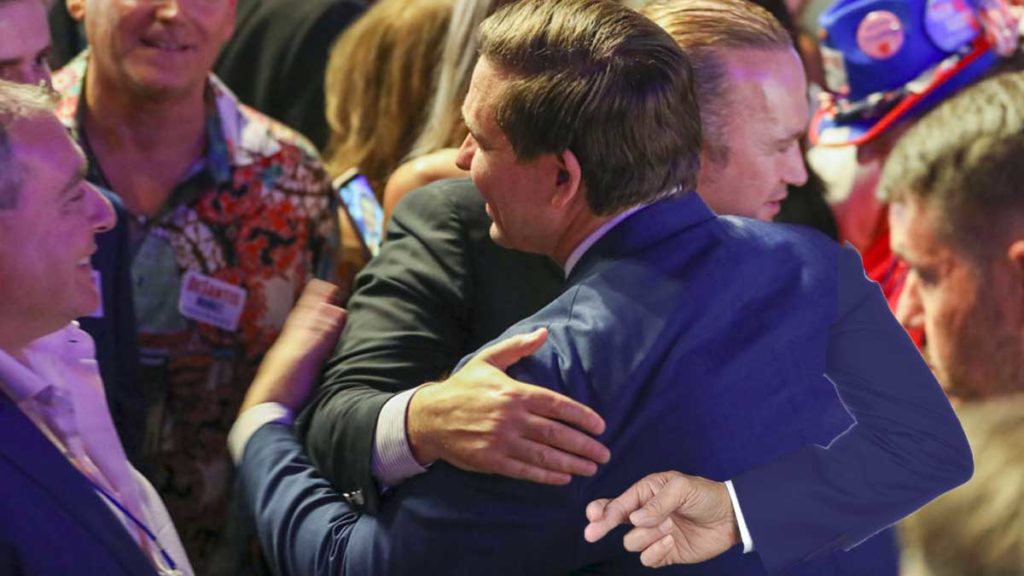 A video has surfaced of Florida Governor, Ron DeSantis, giving a pinky promise to an Ocala alderman, promising funding for an elementary school art program, with his fingers crossed behind his back. The discovery is considered significant because the promise was made over a year ago, however DeSantis has still not secured funding for the program, prompting claims that the fingers crossed behind is proof signifying that he was never going to fund the program and he was lying to another man’s face.

What this means for the future of DeSantis’ political status is unclear.

“I expect nothing to happen, because that’s what happens to me when I do something bad, and we’re both in politics.” Said Senator Rick Scott’s service robot which relays his message to us from the mouth of a giant metallic monster.

“We’re going to do nothing about it.” Said the rest of the local and national government in a statement which was included in a limited run of happy meals in mid September.

The video of DeSantis comes only shortly after numerous other videos of politicians committing acts of fraud and immorality surfaced in a compilation on Vimeo. There’s a video of Clinton table-topping a woman, right in front of her children. (Both Clinton’s in 2 seperate videos.) There’s another one of failed Alabama Senate candidate Roy Moore pantsing a teen girl at her piano recital, which people really did not like.

And most notably, there was one of President Abraham Lincoln turning into a giant bat-like creature in front of the first video camera ever invented.