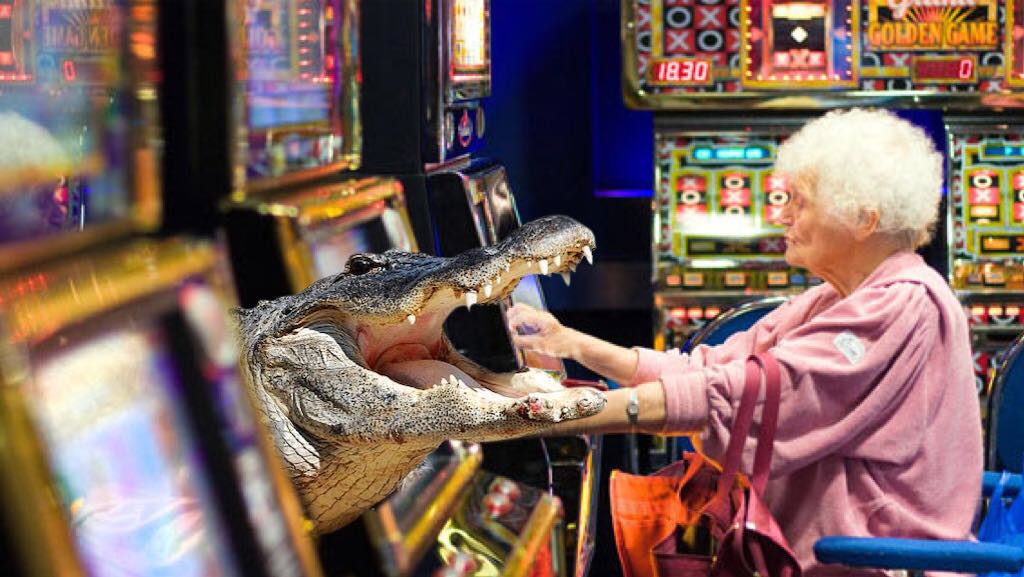 Citing the fact that they have been around since before the US government was formed, a coalition of alligators have announced their plans to open one of the most lawless casinos in Florida.

“GRRHHHHHHH,” grumbled one of the hungry-looking alligators during a recent press conference.

Along with every kind of regular gambling that is currently allowed at the Indian tribe’s casino, the alligators have announced that they will take it one step further by allowing activities such as prostitution, hard drug use, and cannibalism.

“HISSSSSS,” added another alligator, informing the group of journalists to take a step back or else they will be snapped at.

The 200,000 sq ft casino will be built in a swamp and will only be accessible by a canoe.  The alligators have already started the necessary groundwork on the project and are hoping to have the first phase of the casino open by the beginning of 2023.