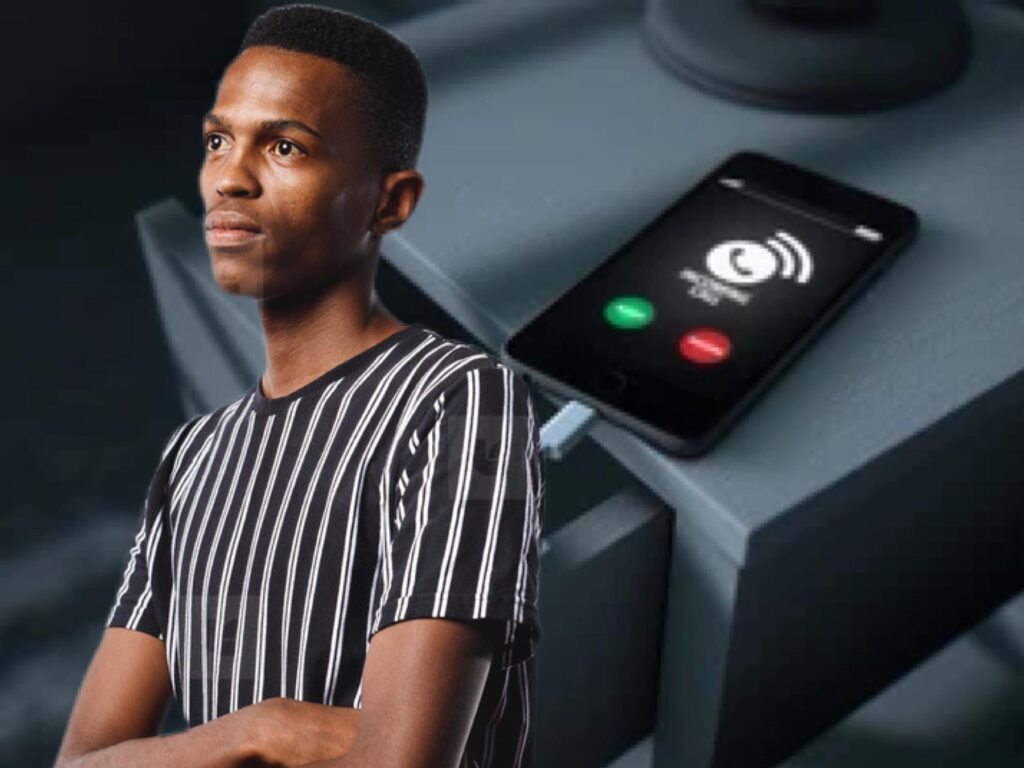 A Tampa man is being recognized for his efforts after going an entire week without texting his ex girlfriend.

“It’s super hard, and every day is brutal, but I’m doing it!” He said to me in confidence.

“You’re not going to write about this are you?” He asked.

“Of course I am, this is a news story, I’m interviewing you because of this thing you did, and we’re going to print it in the fake news.”

“I don’t know about that, I don’t feel so good.” He said, recoiling and slowly pulling himself into the fetal position on the ground.

“What’s going on with you?” I asked, frightened for his well-being.

“I still have so many emotions and it’s scary and I just want to be ok, and I just want her to be ok, but I don’t know what’s going on because I’m not in contact with her, and I hoped we could always just be friends, but things got out of hand and ended badly, which makes all of this so much harder.” He loudly whimpered.

“I’m sure she’s going to be fine and be ok and find someone else who makes her very happy.” I said.

Then he freaked out.

“What, did she tell you that!” He yelled at me aggressively, standing up now and pointing his finger at me.

“What, no, I don’t even know who she is, this story is about you and the fact that you went a week without texting her even though you really wanted to. You’re being recognized for that effort.” I explained.

He momentarily calmed down, processing what I had just said to him.

“I just don’t even know who I am.” He said pathetically, looking down at his feet and shaking his head, with a look like a multitude of thoughts were racing through his head.

“I feel like I have no real identity, and I just try to give people what they want, I always just give people what they want and I don’t know if that’s what I want, and then people accuse me of being a liar or misleading them, but all I really wanted was for them to be happy. I’m addicted to giving people joy until it reaches a certain point and my brain starts to break because I don’t know what are my real feelings and what are things I’m just doing because I’m trying to make someone happy.” He overshared.

“Why can’t your identity be that you like making people happy?” I suggested

He looked at me with a glint of hope in his eye for a moment as a smirk grew on his face, but it quickly turned to a frown and he began yelling at me again.

“That’s not a real identity!” He cursed, pulling a pillow to his face and letting out screams and tears of pain and sadness.

“You seem like you need some real help working on yourself and figuring out what it is you want in life and who you are, and figure out the best ways to make meaningful relationships in your future without putting other peoples feelings at risk of your fair-weather emotions.” I astutely pointed out.

He then threw a big bag of garden rocks at me which happened to be by his bathroom doorway.

“F**k you!” He screamed, tears streaming down his face, as the bag luckily missed me by a few millimeters, smashing into a porcelain clown doll he had sitting on the windowsill of his trailer window.

“Listen man, I don’t need to be here, we were trying to do something nice for you by recognizing your effort in moving forward, but it sounds like you haven’t made any actual progress, just an empty action.” I said, now fed-up with his unwelcoming and rude behavior.

“No, no, don’t leave, I need you!” He reached out to me as I walked away. I stopped at the exit door and turned back to him and stared him directly in his eyes.

“Did you really love your ex? Or were you just ‘trying to make someone happy’ as you put it? It sounds like you’re not ready to accept real love from a partner if you’re not capable of giving it back the way they deserve. You need to fix yourself so you don’t hurt anyone ever again.” I delivered sternly, pointing back at him this time.

“And yes, of course I loved her, I know I did! It’s not my fault I’m like this, something is different with my brain and my life, and you’re right, I’m not ready for a real stable love in a healthy kind of way, I’m just not and I don’t know if I ever will, or can, be! I just want to live without this never-ending pain and anxiety! I want to live in peace and live in a healthy way where nobody gets hurt and I’m not responsible for anybody else’s feelings!” He began bawling again as he broke down and shared his perspective.

“Yea. I can’t help you man. You need to help yourself.  And you need to accept that things are your fault some times. And you need to look inside yourself and figure out what it is you need to do to prevent yourself from continue this cycle of pain and emptiness you seem to be perpetuating. I don’t know what you should do, but I’ll pray for you.” I said sincerely.

“And if you’re going to waste my time and be rude while I’m here to interview you for a fake news story, that’s just ruining my day. I was trying to highlight something you did, and instead you turned it into your own impromptu therapy session. I’m not here to be your therapist!” I scolded him, wagging my finger.

Then I slammed the door of his trailor, causing one of the hinges to fall off, and I left.

By the time I got back to the office I had a voicemail. It was from the guy, begging me not to release the story out of fear that it might “cause problems” or reignite some sort of drama he doesn’t want to be involved in.

I called him back, because I couldn’t afford to lose a story I had already invested so much effort into, so I convinced him on the phone, “Hey man, I’m sure everything will be fine, no matter what the situation is, it always is right? I mean you’re still here, so you haven’t messed up anything too bad right? You’re still alive and existing so things can’t be that bad.”

I think I tried too hard, but he graciously accepted the advice and gave me permission to run the story.

One of the things he made me promise him though was that I would not reveal his identity.

Well, I’m not going to spoil anything here, but I’m not very good at keeping secrets and I’ve got to tell you, so I will. The tampa resident of the trailer I had accompanied was none-other than, Robert Pattinson! Yea, from the new Batman movie! And the girl he was talking about was Kristen Stewart! Isn’t that wild! That’s so juicy and sensational, this will probably be on the front page of the daily White House Presidential briefing!